United States First Lady Melania Trump suspects that Roger Stone, a longtime ally and adviser to her husband, President Donald Trump, is the person behind the release of nude photos from her modeling past, according to a new book.

According to Kate Bennett, journalist and author of “Free, Melania: The Unauthorized Biography,” Melania still refuses to believe that her husband played a role in their publication. Bennett added that the president and his wife sleep in separate bedrooms in the White House.

Stone denied Bennett’s claims to the Guardian. Photographs, that are made in 1996 and published the following year in a French magazine, found their way to the New York Post in late July 2016, three months after the election. At the time, Donald Trump was involved in a heated argument with the family of Capt. Humayun Khan, an American soldier who died in Iraq in 2004. 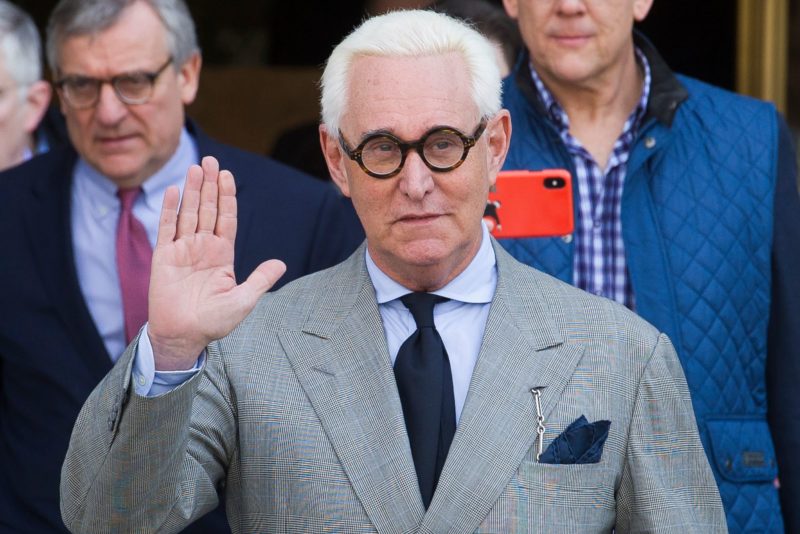 Stone did not play a formal role in the Trump campaign, which he left in August 2015, but he remained close to the president, as he was a master at using his private life to gain publicity, often as a deterrent.

“The theory goes that Trump was trying to head off a bad week on the campaign,” Bennett writes.

Stone was found guilty in mid-November of obstructing Special Prosecutor Robert Mueller’s investigation into Russian interference in the 2016 US presidential election and is currently awaiting sentencing.

Trump is in the race for a second term, which is under the shadow of an impeachment inquiry linked to his implementation of foreign policy. He is also facing criminal charges when he leaves office as to a series of potential offenses, including payments to an adult movie star who claims to have had s*x with him while he was married to Melania. Trump denied the affair, but the payments were confirmed, and he was reportedly directly linked to them.

“This time, the idea that Trump would throw his naked wife under the bus to get his attention was almost so disgusting, and the photos were so B-movie bad that journalists ended up spending very little time discussing them”, Bennett says. 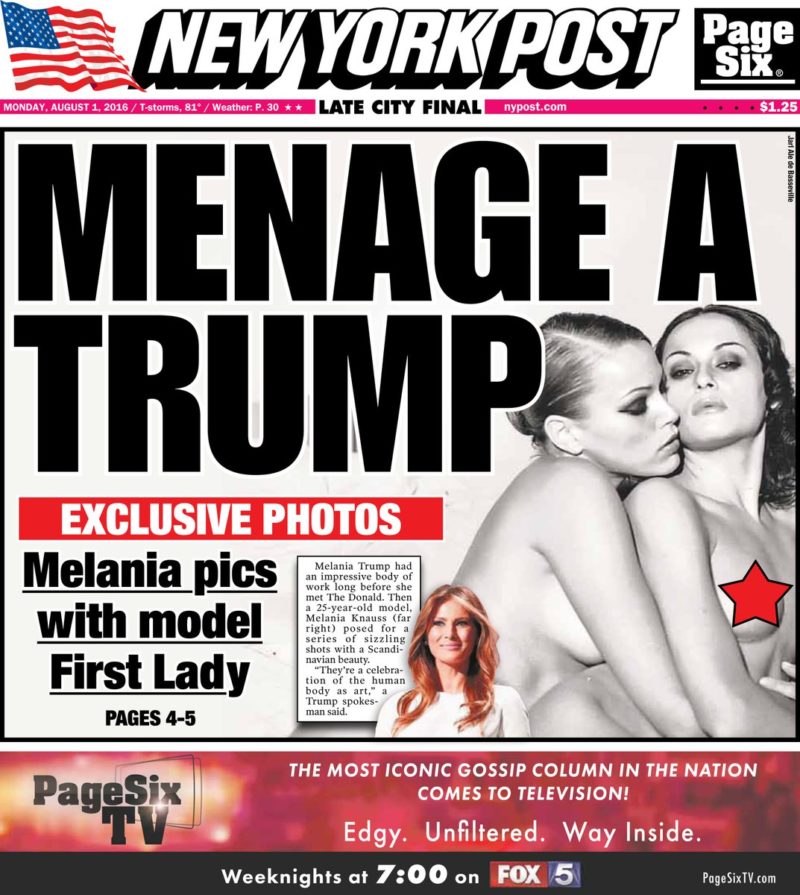 Kate Bennett continues: “Melania has not commented on how she thinks they got into the hands of the tabloid and on to the cover, but friends say she still refuses to believe Trump would do that to her. As for Stone, she’s not so sure”.

“Mrs. Trump is surprised at Kate Bennett’s reporting. Our office worked with Kate in good faith on her book and thought she would do an honest job. Sadly, it includes many false details and opinions, showing Ms. Bennett spoke to many anonymous people who don’t know the first lady”, White House press secretary Stephanie Grisham told the Guardian, adding that it’s still disappointing when people write books with false information to profit on the first lady.

It is widely believed that Trump will pardon Stone. His wife, Nydia, said in a statement that the doubts raised in Bennett’s book were “false and completely illogical”.

“My husband and I have known Melania since she began dating the president. We adore her and think she is doing a phenomenal job as the first lady. This ludicrous claim is an obvious attempt to drive a wedge between my husband and the president whom he has supported so loyally for the last 30 years”, Nydia said.

In 2016, Trump told the New York Post that Melania’s nude photos were taken before they met, at a time when his wife was “one of the most successful models and has been photographed a lot, both for the covers and for major magazines.”
“In Europe, pictures like this are very fashionable and common,” Trump said at the time.

Melania has other nude photos, published by GQ in 2000. Trump personally demanded that those photos be brought to his office. Bennett writes that Melania afterward felt “humiliated, defeated, ashamed” and was “scared for her young son”.

Kate Beckinsale (46) Shows off Her Flawless Body in a Bikini!

How Did a Mistake SMS Lead to a Beautiful Thanksgiving Friendship?