Home Entertainment How Did a Mistake SMS Lead to a Beautiful Thanksgiving Friendship?
Entertainment

How Did a Mistake SMS Lead to a Beautiful Thanksgiving Friendship?

Wanda Dench, 62, a grandmother from Arizona in 2016 accidentally sent a message to 17-year-old Jamal Hinton to come for Thanksgiving dinner. Now, they celebrated their 4th Thanksgiving together.

The message was intended for her grandson, but he had previously changed his phone number. Although confused at first, the grandmother and teenager exchanged selfies that confirmed that there was made a mistake. Jamal eventually asked if he could still come for dinner. 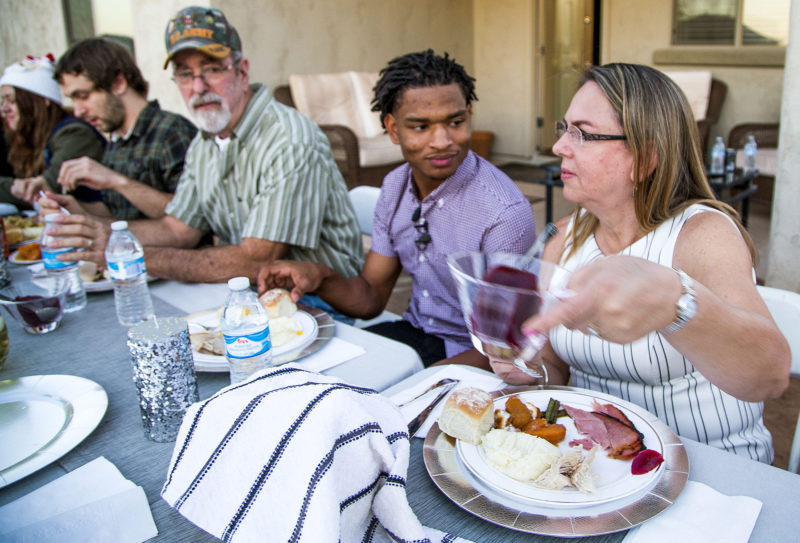 “Of course you can,” she answered. “That’s what grandmas do … feed everyone.”

After the first year, Jamal began to come to Thanksgiving dinner every year.

“It was unexpected, but she was so sweet. She reminded me that there are still good people in the world”, Jamal said, adding that he and Wanda had formed a “great bond.”

“She’s a nice lady. She told me that her husband was a veteran and she always called his friends for dinner, so she was used to the crowd coming. It made me feel at home,” Jamal explained.

Wanda said she and Jamal got along very well immediately.

“We just ‘clicked’ when we met and when I first talked to him. I wanted to get to know this young man”, this grandmother remembers.

Milla Jovovich and Her Daughter’ Picture