Melania Trump Lied About One Thing Regarding Her Son Barron

POLITICAL FLARE – 01/03/2020: It’s not uncommon to have a nanny taking care of your children if you have money to pay for one. Rich people do it all the time. This doesn’t mean that wealthy people such as Donald and Melania Trump don’t raise their children; it’s just that they have someone do the boring part for them.

But, it would seem that Melania Trump is not the type of woman who would hire a nanny. That’s at least what she claims. The first lady always boasted that she decided to raise her son Barron Trump without anyone’s help. During a 2015 interview, Melania revealed what was behind her decision. 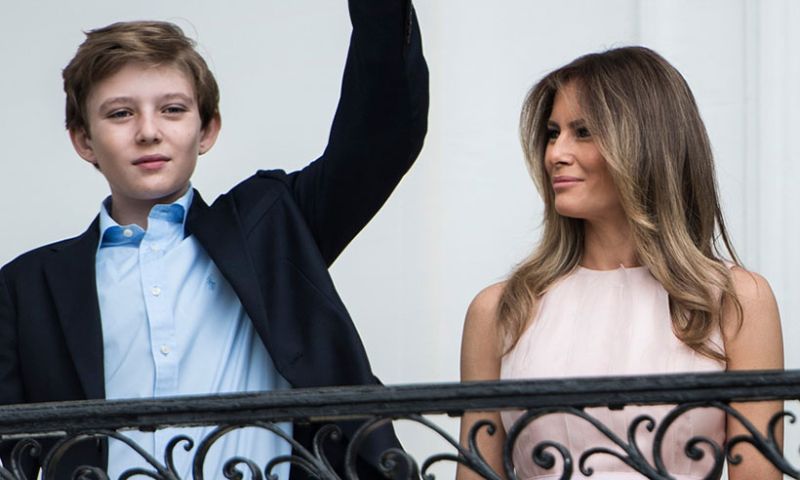 Talking to People magazine, Melania said: “I like to be hands-on. I think it’s very important. I am a full-time mom; that is my first job. The most important job ever. I started my business when he started school.”

Read Also: A Photo of Melania Kissing a Firefighter Resurfaces After 20 Years

Melania Trump stated that some of the duties that others could do, but she did them herself, include making meals for Barron, dropping him off to school and picking him up, and spending afternoons with him.

While Melania was a hand-on mom, it was a lie that she took care of Barron all by herself. Her husband, President Donald Trump, revealed the truth. During an interview with Page Six, Mr president supported his wife’s view: “If you have too much help, you don’t get to know your children.” But then he added: “Yes, there is a young woman, someone who works with Barron.”

It is no shame to have a nanny; it doesn’t mean that you are a terrible parent. But, Melania misinterpreted this and decided to ignore the fact that she had help raisin Barron. Looking at how Ivanka lied that she also didn’t have any help raising her children, but later in her book “Women Who Work,” acknowledged she had two nannies this type of small lies runs in the family.

One Thing Could Cost Donald Trump of Reelection in November!