EXPRESS – 03/08/2020: Meghan Markle and Donald Trump’s feud isn’t from yesterday. It would seem that the former Duchess of Sussex disliked Trump even before he became the president. Their first encounter was more than fourteen years ago.

Their first encounter happened on a set of a TV show she was doing where Donald Trump was a guest. Today, we know that the pair hates each other’s guts. Meghan called Donald “divisive” and “misogynistic,” while POTUS said that she’s “nasty.” But, according to a book called “Meghan: A Hollywood Princess,” she didn’t appreciate Donald Trump, the billionaire, even back in the day. 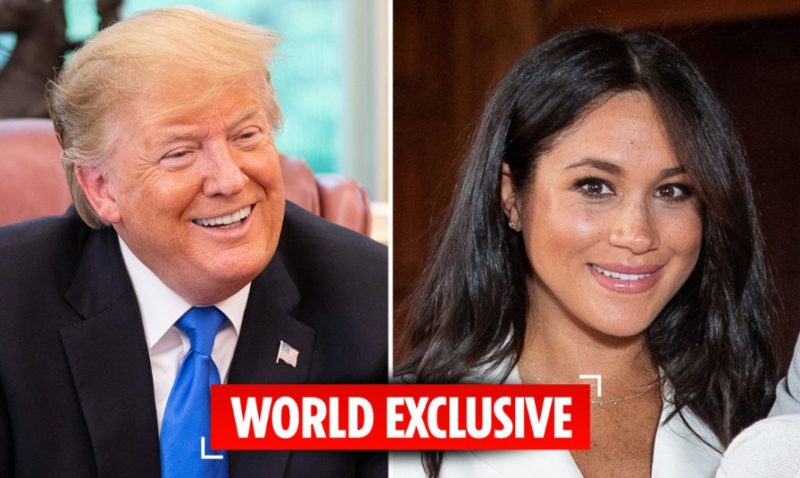 A long time ago, in 2006, Meghan Markle, when didn’t rose to prominence she was working as a briefcase girl at a TV show called Deal or No Deal. The show often had famous guests, but Donald Trump was a unique attraction. At the time, he was running his reality show The Apprentice and was organizing Miss Universe.

Read Also: Fans Offer Loads of Money for the Reappearance of Meghan Markle in ‘Suits’

While he was at Deal or No Deal, he talked with all briefcase girls, giving them his business cards, and inviting them to his golf clubs. Meghan denied his invitation and any contact with him at all. She also shares the sentiment of her friend Tameka Jacobs who called him creepy.

Royal biographer Andrew Morton talked about this event in his book. He described their encounter on Deal or No Deal as: “One guest caused quite the frisson, Donald Trump, then organizing the Miss Universe pageant and making a guest appearance as the banker on Deal or No Deal to cross-promote The Apprentice. The frequently bankrupt real estate mogul toured the set, giving girls his card and inviting them to play golf at one of his courses.”

While there were girls who fell for his charm and money, Meghan wasn’t one of them. According to Morton, Trump received a stern no: “Meghan was one of the girls who gave him a wide berth.”

Fourteen years later, and Trump still doesn’t have a pass with Meghan Markle.

Tough Times Ahead for Melania Trump According to a Tarot Expert