EXPRESS – 01/13/2020: After splitting with the Royal family, Meghan Markle and Prince Harry already know the next destination they want to live. The pair set their eyes on the sunny coasts of California. But, there’s a reason why they can’t go there yet.

Their goal is to settle in Los Angeles eventually. Duke and Duchess of Sussex want to live ion the neighborhood where Markle’s mother Doria Ragland resides. Sources close to the couple claim that it won happen in the near future. It seems they will wait until Donald Trump is no longer the President of the United States. 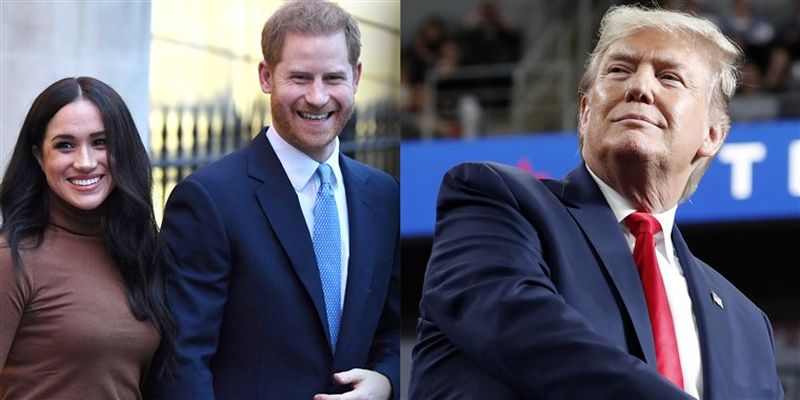 As the news that Meghan and Harry will no longer live in the UK with their Royal family started to fill the headlines, we already knew where they want to live. Apparently, they want to live in a couple of places: in Toronto, Vancouver Island, and Los Angeles. The area they prefer the most is LA, where they feel there’s room for their brand to grow.

The issue is that Meghan said on more than once occasion that she doesn’t want to live in the US as long as Donald Trump remains the President. Duke and Duchess did say that they will live in North America, which certainly means the US and Canada and not Mexico. But, they want their first home located in the US, particularly in LA.

At the moment, the governments of the United Kingdom and Canada are getting on terms with their responsibility regarding the Royal couple if they settle in Canada. The move to the US is not on the table for now as the tension between Meghan and Trump is not calming down.

While commenting on the rift between the Royal family and Duke and Duchess, President Trump sided with the Queen. He told that their actions are a ‘slap,’ in the face of Queen, calling the entire situation ‘sad.’

Last year when visiting the UK, Trump was not greeted by Meghan and Harry as they refused to do so, so it’s no wonder they are not welcomed to the US by Trump.