EXPRESS – 01/13/2020: Loaf and President Donald Trump were once close friends. Trump, Meat Loaf, and Trump’s daughter Ivanka became close during rock star’s appearance on Celebrity Apprentice. They parted ways when Meat Loaf commented on Trump’s chances of becoming President in a manner that left Donald ‘furious.’ Now, that Trump became POTUS, his former friend has a few words of wisdom for him.

Famous rock star and actor became an even more prominent public persona after his successful stint on Celebrity Apprentice in 2011. Now, almost a decade later, he decided to talk about his relationship with 45th US President and the bond which they formed during his time in Trump’s reality show. 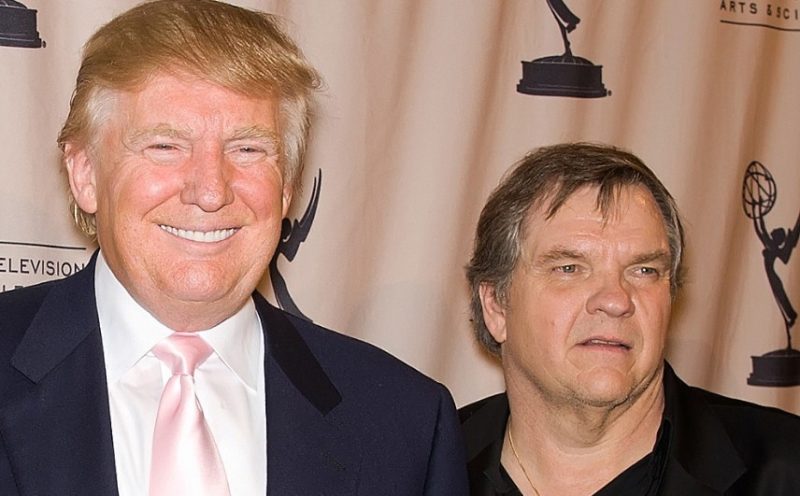 Meat Loaf told that he and Trump became good friends. During his time at Celebrity Apprentice, he was the only one who had private dinners with Donald. They were on good terms for a while, up until Meat Loaf was asked by a reporter what he thinks of Donald Trump’s chances of becoming President. The answer he gave made Trump furious.

The musician and actor said that he doesn’t see Donald running for the presidency, but if he were President he would give Trump only a role in the finance department as that’s something he’s good at. This answer made Trump mad, and he asked for confrontation with Meat Loaf more than once. The 72-year old musician never had an issue discussing this with Trump.

The last time they discussed the matter was at Emmy Nominations, where Trump came up to Meat Loaf and asked him why he believes Trump wouldn’t be a good President. The musician said that wasn’t what he said, but that he believes there’s a spot for him in finance determent.

Meat Loaf trusts that Trump will get mad at him once again after he finds out that he shared this story with the public, especially if he hears that the actor called him a ‘Twitter-happy,’ person.