In November 2018 all eyes were on the future Duchess of Sussex, specifically on her engagement ring. The public was thrilled that the special sparkler featured two of late Princess Diana’s diamonds. Fast forward three years and the famous ring is shining differently.

Meghan Markle’s engagement ring was designed by her husband personally. It featured a thick gold band, two smaller diamonds on the side of a much bigger stone. Side diamonds were Lady Diana’s diamonds that Prince Harry demanded to be part of the engagement stunner.

At the time, Duke of Sussex talked about the process of selecting just the right ring for his future wife. “The ring is obviously yellow gold because that’s her favorite and the main stone itself I sourced from Botswana and the little diamonds on either side are from my mother’s jewelry collection, to make sure she’s with us on this crazy journey together”, Prince Harry spoke emotionally. 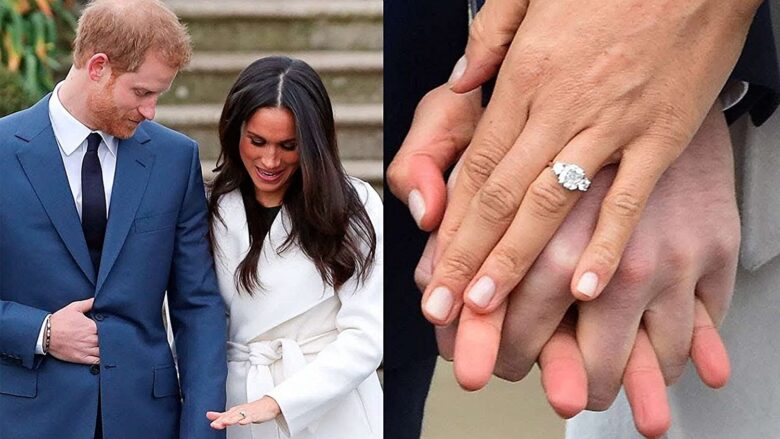 Botswana is a very special destination to the royal couple. They run away from everyone on Meghan’s 36th birthday to enjoy some private moments before the media frenzy hits. The African celebration was one of the last intimate days the couple could spend away from the cameras, public scrutiny, and press hysteria.

Even though the ring modification was minimal, the critics’ voices were loud. Editor-in-chief of Majesty Magazine, Ingrid Seward, has spoken her mind on the subject. “I find it a bit odd Meghan would want to alter a ring that her husband had specially designed for her,” she said. “A royal engagement ring is a piece of history not a bit of jewelry to be updated when it looks old-fashioned.” Harsh words for such a minute transformation, but, we believe that the Duchess of Sussex is mostly used to it. It remains unknown when exactly the ring went under the modifications. However, the hawkeye of the media spotted Meghan Markle without her engagement ring back in the spring of this year. At that time, the Duchess was going through her last pregnancy trimester, so swollen hands and feet are a perfectly normal occurrence. Dr. Sarah Jarvis told Fabulous at the time: “Swollen feet and fingers are extremely common towards the end of pregnancy. “In many respects, it’s normal, because you have much more fluid circulating around your body in pregnancy.” Royal experts assume that at this time Meghan Markle altered the ring band replacing it with a thinner one.

Either way, the diamonds are still sparkling from Meghan’s finger, one representing the love of her husband for her, and the other two to honor her media-hunted, and widely judged by royal experts, late mother-in-law.