Meet Serbian Kim Kardashian, The Wife of an NBA Superstar

ESSENTIALLY SPORTS – 03/15/2020: Daniela Rajic is best known as the girlfriend of Paul George, the six-time NBA all-star. They are not married yet, but live together and have two children. While many wonder how the pair got together, they look extremely happy together.

Rajic was born in Queens, New York, on November 12th, 1990. She studied at Miami University, where she graduated. Her descendants are from Serbia, and this is where she got her looks from. During her days at college, she worked as a dancer, because she needed additional funds to finish her degree. 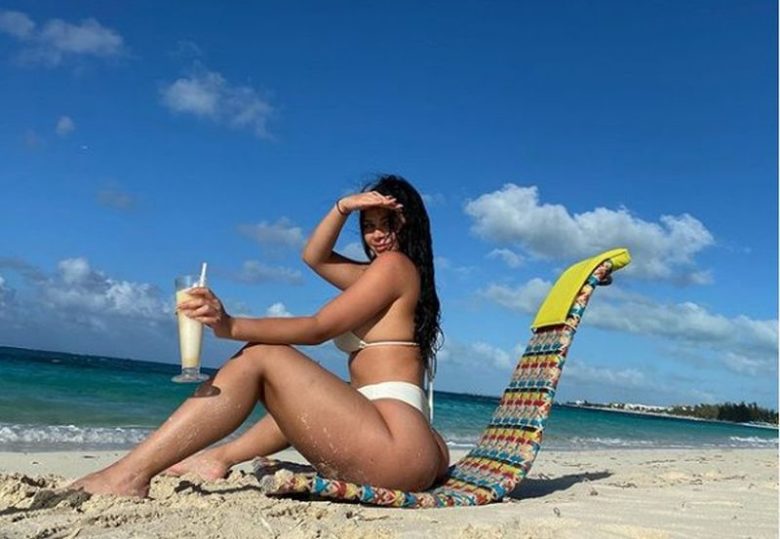 Later she worked at a famous place called Tootsies, also as a dancer. At this location, many celebrities were coming to enjoy the company of beautiful girls. This is how Daniela and Paul met.

BABY ITS YOU ❤️ happy Valentine’s Day my love! 💋

They started dating back in 2013, and since then, their relationship had ups and downs. The bad days are behind them, and they live happily together at George’s home in Los Angeles. She no longer works as a dancer, but instead owns a swimsuit company and also is an Instagram model.

Grateful to be doing what I love everyday with @_saaraahnasser ✨ making women feel beautiful and confident in their skin 💋 this new style will have you snatched!!! @nudeswimco

Interestingly their relationship started with lawsuits. After Daniela got pregnant, she sued Paul George because he claimed that the child wasn’t his. It was rumored that he even offered a substantial sum of money, around $1 million for her not to continue with the pregnancy. She refused the idea and gave birth to a beautiful baby girl Olivia on May 1st of 2014. It was later confirmed that Paul George was the father, and the pair moved in together.

Self timer love in @nudeswimco 📸

Later in 2017, they got another child, Natasha. This was proof that all controversies are now behind them. With lots of ups and downs, they finally managed to get things together. With two daughters, the pair looks happy, and they have a bunch of Instagram photos to prove it.

When woobie walks thru the door 👀 bikini: @nudeswimco ✨

Jojo Babie Asks If Someone Wants to Do Ninja Things...

Trump is Recruiting German Scientists, Wants Vaccine Only For America