Home News Instead of Prayers, Trump Sings About Hillary and Obama
News

Instead of Prayers, Trump Sings About Hillary and Obama

POLITICAL FLARE – 03/15/2020: Donald Trump always finds a way to forget about what’s important and start dealing with his standard nonsense. After a short period when dealing with coronavirus became his priority, POTUS once again decided to spend time on his political rivals.

At the moment, we have a coronavirus outbreak, but Trump considers that he has time to tweet about other matters. While Mr. President kept coronavirus on his mind, his focus was mainly on praising himself and criticizing his enemies. You could say this was an ordinary Sunday in the life of Donald Trump. 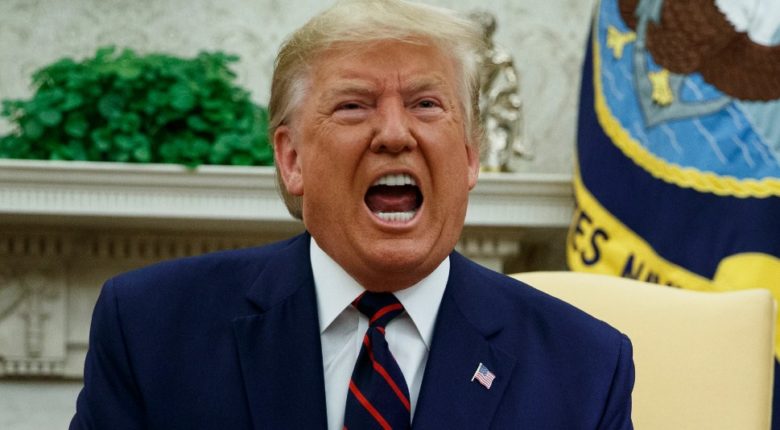 Trump spend the Sunday by re-tweeting some of his old tweets, responding to his supporters and accusing democrats and Hillary Clinton of launching fake news. Today was a national day of prayer, declared by President himself, but Trump did little to honor it.

In recent days Trump was actually preoccupied with coronavirus. But, he still denied that his administration was slow in dealing with the deadly virus. Mr. President remains adamant that everything was done according to a plan without delay. His critics claim otherwise. The truth is that POTUS tried for weeks to downplay the threat that coronavirus is.

Trump remains confident that his work on coronavirus is giving results, which you can see from the following tweet:” We are doing very precise Medical Screenings at our airports. Pardon the interruptions and delays, we are moving as quickly as possible, but it is very important that we be vigilant and careful. We must get it right. Safety first!”

We are doing very precise Medical Screenings at our airports. Pardon the interruptions and delays, we are moving as quickly as possible, but it is very important that we be vigilant and careful. We must get it right. Safety first!

As we said, part of his Sunday tweets was as usual dedicated to his political foes: “The USA was never set up for this, just look at the catastrophe of the H1N1 Swine Flu (Biden in charge, 17,000 people lost, very late response time), but it soon will be. Great decision to close our China, and other, borders early. Saved many lives!”

There will be a News Conference by the CoronaVirus Task Force today at the White House, 5 P.M. @VP We are working closely with the Governors of our Country’s great States, which are a very big factor. They are working hard, along with us, to get the job properly done…..

It would seem that Donald Trump still believes that he has time for his campaign and that coronavirus will, in his words, go away by itself.

Don Jr. Implies That We Could Face Mad Max Type of Future