Twitter may have been shocked by the outfit that the singer Lizzo wore at the Lakers game, but she feels “damn good.” Lizzo appeared in a first row in a dress that in front is just a plain dress, but the back is actually open. She twerked in thongs and caused real chaos that has not subsided since Sunday.

What is the problem here, and could the hole that reveals the bottom and thongs of the singer have gone unnoticed if she wasn’t a plus-size person?

Singer #Lizzo arrived to the #Lakers Game wearing a revealing outfit of choice.She was spotted dancing at the game, when the cameraman put her on the jumbotron to show the crowd.Once realizing she was on camera she proceeded to turn around and twerk.
. pic.twitter.com/RiqR9G9jrn

Twitter has got lit with controversy about Lizzo’s weight. Social media users were arguing over whether such exhibitionism is decent, and Lizzo thinks she is being judged harsher by the fact that she is “overweight”.

Dunno how we got to the point where we can't criticize Lizzo or her songs cos she's fat.
Everything is fat shaming with you people.
It's exhausting.

Her outfit was tacky and trashy.
I'd probably say the same thing if a slimmer artiste wore it idc.

“This is not about Lizzo being fat, twerking, or hating on her. This is about her seeking attention, coming into an arena with kids and family dressed inappropriately,” one tweet read.

This is not about Lizzo being fat, twerking, or hating on her. This is about her seeking attention, coming into an arena with kids and family dressed inappropriately. I haven’t seen RiRi or others do this. Her thong was showing before the twerk then she proceeds to make it worse.

On the other hand, there is an army of those who praised her for the boldness she showed.

People really hyped Lizzo's outfit up like it was the most outrageous thing ever. It's just not that serious. Let her twerk and have fun in peace. If you don't like it, don't look and keep your fake concern for her and "the children".

“If you need to start your criticism with – it’s not because she’s black and fat – chances are you know very little about fat black women”, another reads.

Some gave the example of stars with similar provocative editions, such as the transparent dress that Rihanna wore at the CFDA Fashion Awards in 2014. That didn’t bother anyone then. 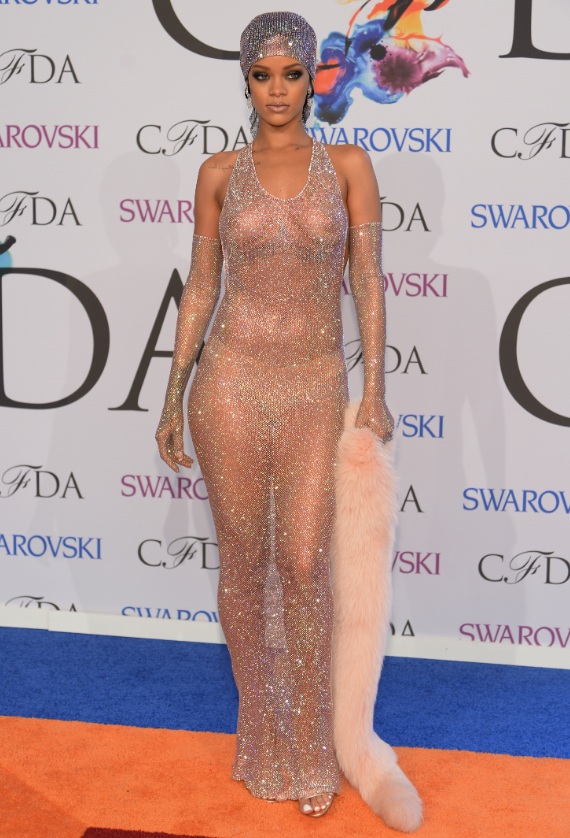 Lizzo herself made Instagram live, saying that people that don’t like a particular part of her body can kiss her in that part.

#PressPlay: #Lizzo started to make headlines for the outfit choice she decided to wear at last night’s Lakers game. Some people weren’t here for her choice of clothing. Nonetheless, she could care less about what critics have to say about the way she decides to show her body.

“Who I am and the essence of me and the things that I choose to do as a grown-a** woman can inspire you to do the same,” the singer began. “You don’t have to be like me. You need to be like you. And never ever let somebody stop you or shame you from being yourself”, Lizzo said.

“There’s a lot of anxiety in society. I’ve suffered from it, and it’s awful, it’s debilitating, I know what that feels like…. And now I think there’s a new wave of people just leaning towards seeking joy…. The apex of positivity, I don’t know where it is, but I hope this is just the beginning because I got more… There is a lot more where that came from!” – story in @entertainmentweekly by Leah Greenblat

The rapper has been promoting a positive attitude towards her body since the beginning of her career and has gained a fan army in no time. Since moving to Minneapolis in 2011 and trying to break into the music scene there, she has been through a difficult period – living in her car and practicing obsessively. With the “Lizzobangers” album in 2013, everything went uphill. She released her third album this year, and she finally received great acclaim – TIME magazine named her the Entertainer of the Year 2019.

Are All Bridges to NFL Burned for Antonio Brown?