Famous rapper and musician Lil’ Kim was rocking the music charts in the early 2000s, but today remains just a shadow of what she once was. Although she continues to perform regularly and does concerts, no one is paying attention to her hits today, but the plastic surgeries she has undergone over the years. The 45-year-old rapper has always known how to shock the public, so in 1999, at the MTV Video Music Awards, she came in a purple dress that revealed her left breast. Still, what shocks today is her face, which is deformed by the number of surgeries and chests that look like it will burst because of implants. 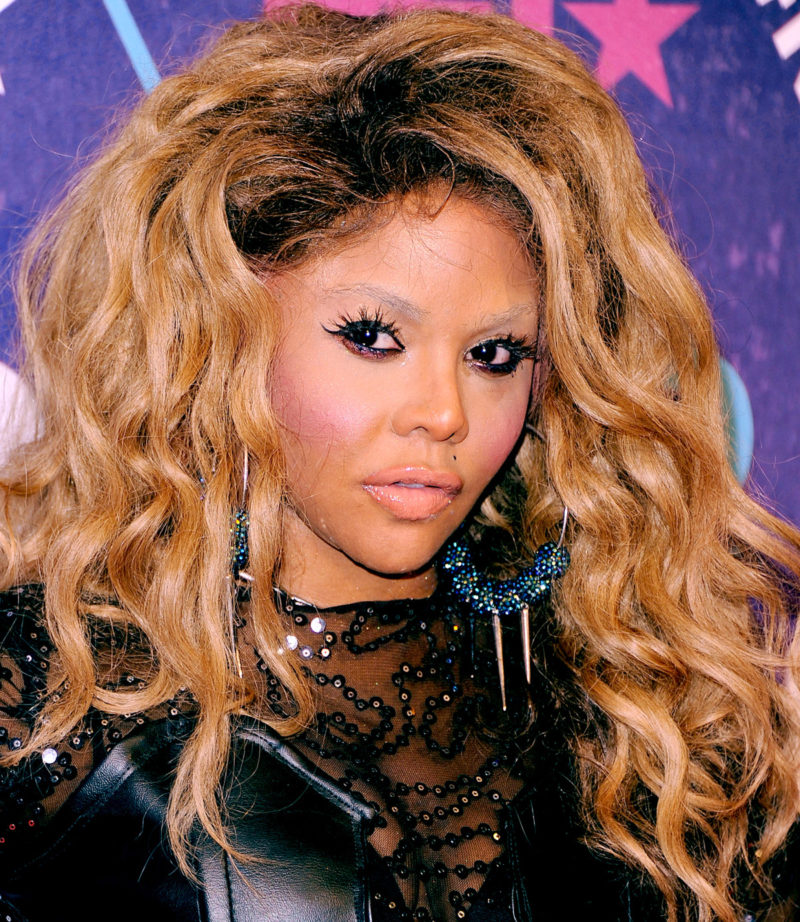 Her journey to fame was not easy but covered in thorns. However, she managed to get out of the bad company and the neighborhood and to turn toward fame and fortune.

Lil’ Kim grew up in a troubled family in Brooklyn in which both her parents were addicts, and after their divorce, then-young Kim remained living with her father, who, in her teenage years, decided to throw her out of the house. That’s when her musical journey began, and after singing in the streets of New York, Lil’ Kim slowly made her way to fame and became the recognizable face of the world music scene. Her private life was also full of turbulence and scandal. In her teenage years, she was in a relationship with Shawn Powell, who, after months of dating Kim, ended up in prison for robbery. He was sentenced to eight and a half years in prison. However, the couple did not give up, so they continued to see each other. The rapper would come to Powell’s jail regularly every week, and they would write letters to each other. They decided then to get engaged, but the wedding never came. The rapper soon met Christopher Wallace, The Notorious B.I.G., whom she had been dating for years, but with frequent interruptions. At one point, Lil’ Kim even got pregnant with his baby, but the couple decided it was best not to have the baby, so the rapper terminated the pregnancy. Wallace passed away in 1997, and years later, the musician told the media that on one occasion, he physically assaulted and suffocated her until she passed out.

In the early 2000s, she fell in love with Damion “World” Hardy, who physically abused her, and it was because of the injuries he inflicted on her for the first time that she decided to go to a plastic surgeon. She had a broken nose several times, so she had no choice but to repair her broken profile by going under the knife. After a series of men who went through her life, in 2014, Lil’ Kim gave birth to her first child, a girl named Royal Reign. This great event changed her life, so she publicly admitted that only then she learned what true love is. Recently, Kim confessed that she is again happily in love with a man who is not a celebrity or exposed in media.

Although she did not have an easy life, the musician still managed to find her family happiness. Her fans are faithful to all her musical endeavors, and many are cheering for her to stop experimenting with plastic surgery finally.

Thank you @bcakeNY!! You guys did an amazing job on this cake and it was delicious 😋❤️🎂