Home News Leighton Vander Esch Is Out For The Season
NewsSport

Leighton Vander Esch Is Out For The Season

Despite hopes that the season is not over for Leighton Vander Esch, it seems that he won’t be playing this year. Dallas Cowboys’ promising linebacker suffered a neck injury that requires immediate attention. He will undergo surgery in the coming weeks.

Tom Archer of ESPN stated that the procedure on his neck is not something that will keep him of the gridiron for a long time. It is expected that Vander Esch will make a full return before spring. Jason Garrett, Dallas Cowboys head coach, confirmed this by stating that season is over for Leighton and that he will be put on IR. 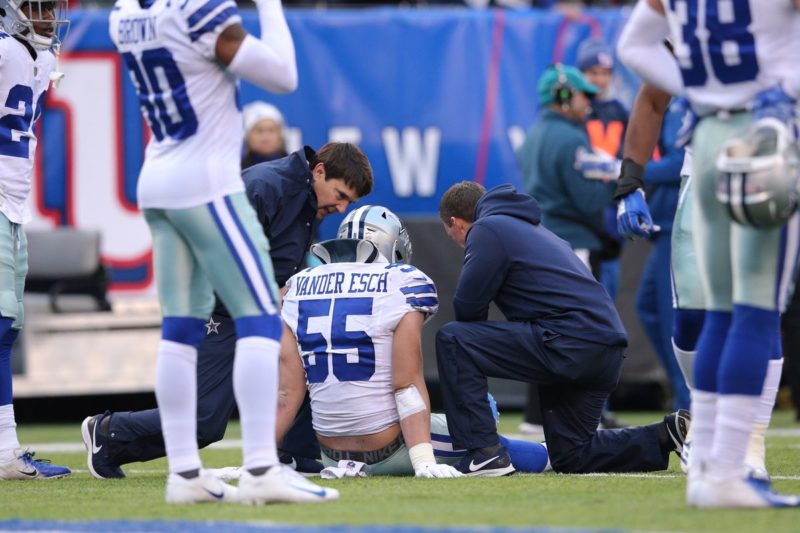 This injury kept Vander Esch out of the game for the last five weeks. The sources close to Cowboys claimed that the damage on his neck is not career-threatening, but nobody stated when he would be back. Most fans believed that they would see him again this year. This won’t be the case, but it is good to know that he will be ready before next season.

Leighton Vander Esch played in nine games this season. He amassed 72 tackles, which ranks him in No5 on Cowboys roster. Also, he has half a sack, and two passed defended. During his rookie season, he had 140 tackles and two interceptions, which was enough to merit a Pro Bowl invitation.

Leighton also gave his view on the situation. He said that there are no issues between him and Cowboy’s staff and that he’s satisfied with how his treatment is progressing. Former Boise State LB added that he’s planning to play in the NFL for more than four years, and that is closer to twelve in that regard. Since he was absent, Cowboys played more experienced players they have on the roster, Sean Lee and Joe Thomas.

Vander Esch’s absence was felt on Cowboys D as they had a string of defeats in recent weeks. The latest one came in the hands of Philadelphia Eagles. Dallas lost 17-9. Despite bad results in the last couple of weeks, The Boys are still in the playoff race. They need Eagles to lose against Giants and a win against Redskins.