Home Celebrities Kim Kardashian: “I Cried When Robin Williams Tweeted About Me”
Celebrities

When Kim Kardashian finally got the chance to walk the red carpet at the famous Met Gala in 2013, thanks to a relationship with Kanye West, the reality star was pregnant. Because of that, her wardrobe choice was narrowed down. In agreement with designer Riccardo Tisci, who took care of her look, she wore that night her now-famous floral print dress.

As the gala evening went on, photos of Kim and Kanye were all around the Internet, and Kim was quickly turned into a meme. Many compared her to the old couches they saw within their grandmother’s houses. 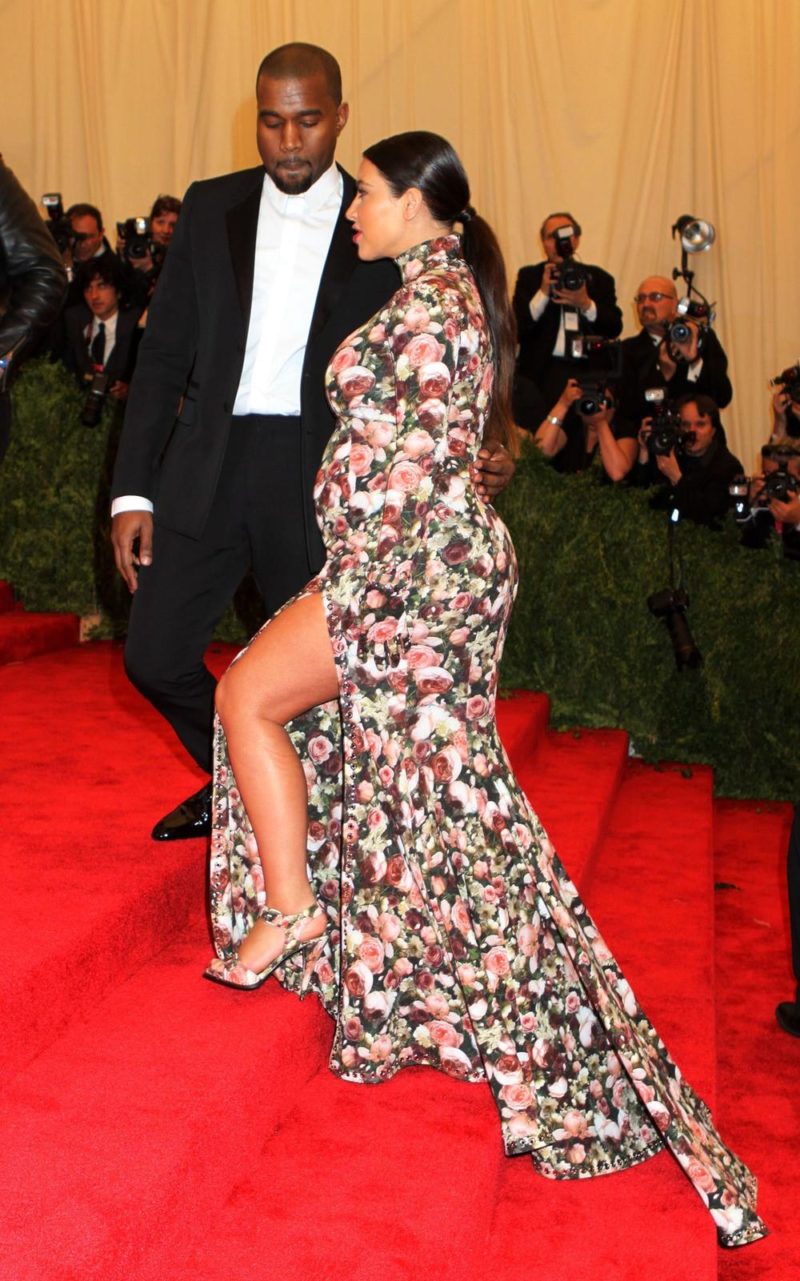 “I was very pregnant, very puffy and bloated and I was like, ‘Oh God, of course, the first time I go, I’m gonna be huge,” Kim said and reminded that she was not invited to the Met Gala at all, but she came as Kanye’s companion.

Riccardo Tisci did his best to give Kim clothes that were stretchy enough so she could feel comfortable, but the public reaction was very unpleasant. Even celebrities have joined the trend of mocking Kim.

“I think Robin Williams even tweeted it, said I looked like Mrs. Doubtfire. I was crying the whole way home because I just couldn’t believe it”, the 39-year-old star admitted. 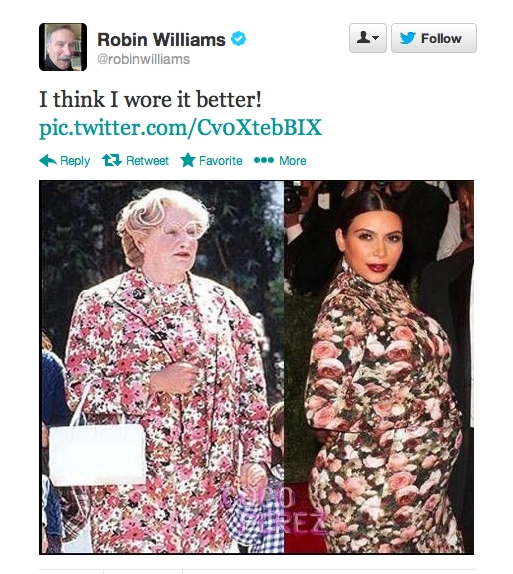 The now-deceased actor caught a lot of attention when he posted a photo of Kim Kardashian in a controversial dress side by side with his picture from the movie Mrs. Doubtfire, in which he was disguised as an older lady. Robin Williams wrote: “I think I wore this better.”

Kim added that if she had the choice, she would have worn a plain black dress, but at the time, she was very shy and wanted to make everyone happy, so she agreed to the famous gown with a floral pattern. Still, not everyone was against Kim: actresses Elizabeth and Mary-Kate Olsen approached her and told her that they liked Kim’s look, which comforted her.

By the way, this dress is still often referred to as the ugliest dress ever seen on the red carpet so far, and even Kim’s stepfather Caitlin Jenner (formerly Bruce Jenner), once talked about how this dress occasionally rears its ugly head from somewhere.