Home Celebrities “I Protect Her From Boys Who Would Defile Her” Rapper T.I. Defends Taking Daughter To Annual Virginity Testing
Celebrities

American rapper T.I. defended his decisions to take his 18-year-old daughter to a gynecologist every year to check if “her hymen was intact” and to make sure she was still a virgin. The rapper was a guest on the show “Red Table Talk,” in which he stated that he wants to protect his daughter from “the little slimy, grimy, chubby-fingered little boys who want to just come and defile and destroy the sanctity that I have.”

“I think all of this surrounds a conversation that I was having in a very joking manner when asked how do I deal with parenting in this day and age. From a place of truth, I began to embellish and exaggerate. I think that a lot of people kind of took it extremely literal”, the rapper said.

Mrs Harris and I sat down with Jada and Gammy @redtabletalk. (unfortunately @willowsmith was on tour and couldn’t make it?)Thank you ladies for a conversation long overdue and for a moment that I hope lifts us all. (Although I’m certain there’s someone right now conjuring up a way to misinterpret my words as we speak) Even still I’m appreciative of the ladies’ willingness to impart wisdom & make this a teachable moment for US ALL???…. Side Note: @willsmith got df on ASAP ?? ??‍♂️? I owe u 1 sir? #RedTableTalk #RealTalk OUT NOW @jadapinkettsmith @adriennebanfieldnorris #redtabletalk

T.I. shocked the public describing his upbringing methods earlier this month in “Ladies Like Us” podcast. He faced harsh criticism when he admitted on social media that he takes his daughter to a gynecologist every year to check if “her hymen was still intact”.

When the host asked T.I. if he was discussing s*x with his daughters, no one expected he would make such a statement.

“Not only do I talk to them about s*x, but every year we go to the gynecologist together to see if her hymen is still in place,” he said of his eighteen-year-old daughter, Deyjah Harris, who went to college this year.

“Yeah, I go with her, and I don’t see what’s the problem,” the rapper repeated and explained that he began doing that immediately after her 16th birthday. T.I. stuck a piece of paper on her door that read, “Gynecologist. Tomorrow at 9:30.”

As he said, the gynecologist had previously explained to him that the girl had to sign an agreement that the doctor would share the information with him.

“Deyjah, they want you to sign this, so we can share information. Is there anything you would not want me to know? Oh OK. See, doc? Ain’t no problem.”, T.I. said. 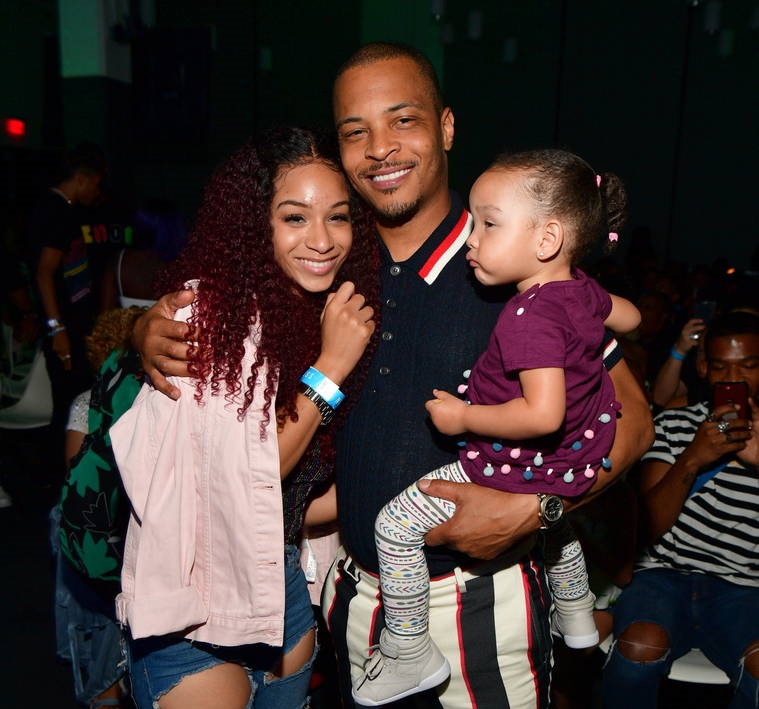 The doctor told him that the hymen could break in other circumstances – while cycling or doing some other sporting activity like athletics or horseback riding. More shocking, however, is what T.I. replied to him.

After telling the hosts all the scenes from the gynecologist’s office, T.I. revealed that by the 18th birthday, his daughter had certainly not lost her virginity and that her “hymen was intact.”

“T.I. is creepy about revealing her daughter’s s*x life so publicly,” and “I have a daughter, and I would never do that to her. I would embarrass her in front of everyone. It is abuse, and it is very sad that he made this made public”, were just some of the comments.

Gloria Estefan Reveals She Was Sexually Abused At The Age...

Cardi B Has an Astonishing Car Collection

Pictures of Royal’s When They Were Teenagers