Robert Kardashian died on September 30th, 2003, after an excruciating battle with cancer. Kim Kardashian was 22 years old at the time, and this year, she honored her late father with some throwback photos.

“18 years ago was the worst day of my life. But, I know you see and guide. Love never dies. Love u daddy”, the reality TV star captioned one of the black-and-white pics on the anniversary of Robert’s passing. Additionally, Kim shared one old family photo from the eighties picturing Robert, Kris, Kourtney, and Khloe Kardashian, together with Kim. Kris and Robert split in 1991, after 13 years of marriage and four children together. Before calling it quits, the couple had another child, a son Robert Jr. 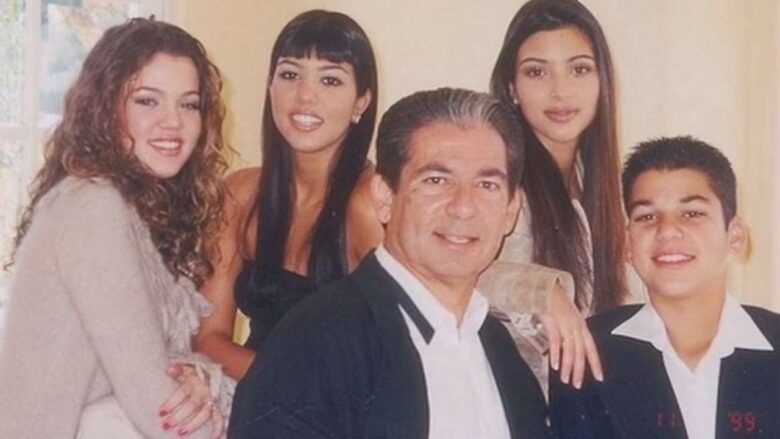 Over the years, the Kardashian sisters often talked about missing their father. Kim spoke about her ambitions as a child to become a lawyer and make her dad proud. “Him and I, when I was in college and I was trying to think what my major would be, I said, ‘Okay. I could major in political science and really do this and then he was like, ‘Listen. You’ve seen the hard work that it takes. I don’t doubt that you can do this but it’s a really stressful life to be an attorney. Do you really want to be an attorney?’ And then I ended up majoring in communications instead”, Kim recalled when she spoke to Vanity Fair. “We talked about it a lot because he always saw me snooping in his stuff and looking through all of his evidence books. In the summertime, when all my friends were hanging out, and he was like, ‘Go have fun. You can always do this later”, the KUWTK star added.

On Kim’s 40th birthday, Kanye West surprised his then-wife with a hologram of Robert Kardashian. The SKIMS founder posted a video on Twitter saying that he got her “the most thoughtful gift of a lifetime”.

For my birthday, Kanye got me the most thoughtful gift of a lifetime. A special surprise from heaven. A hologram of my dad. ✨? It is so lifelike! We watched it over and over, filled with emotion. pic.twitter.com/jD6pHo17KC

Robert Kardashian was born in Los Angeles, in 1944 to American-Armenian parents. He graduated from the University of San Diego School of Law and worked as a lawyer for a decade before going into other business ventures. Kardashian made his first fortune by selling the trade publication Radio&Records. He also introduced the concept of playing music in theatres in between the movies and later started the company “Movie Tunes”. In addition, he was also the founder and the CEO of the Yogurt company. However, Robert Kardashian found his fame as the defending lawyer of O.J. Simpson in 1994. The two met during college and became fast friends. Simpson was the best man at Robert’s and Kris’ wedding. When O.J. Simpson was hiding from the media following the murders of his ex-wife Nicole Brown and her boyfriend, Ronald Goldman, he found refuge in Kardashian’s house. It is believed to this day that Robert Kardashian was seen on camera carrying the bag of Simpson’s bloody clothes and the murder weapon to the trash. Still, O.J. was acquitted of all charges, making Robert Kardashian the number one defense lawyer in the country.

In 1996, Robert talked with Barbara Walters about the troubling case saying: “I have doubts. The blood evidence is the biggest thorn in my side; that causes me the greatest problems. So I struggle with the blood evidence”. After this, Simpson and Kardashian cut ties forever. Shortly after the divorce from Kris, Robert became engaged to his third cousin, Denice Shakarian Halicki. The couple split soon after the announcement. In 1998, Robert married Jan Ashley, only to annul the marriage a month later. Ashley blamed the domineering ex-wife Kris, and their four children. Finally, six weeks before his death, Robert married Ellen Pierson after three years of dating.

Robert Kardashian died only two months after being diagnosed with esophageal cancer. He is buried at Inglewood Park Cemetery, in Inglewood, California.