We all know that the famous sisters of KUWTK occasionally enjoy going to sports events. However, Kendall Jenner was not so warmly welcomed at the Los Angeles Rams game on Monday night.

What happened was that parts of the crowd booed at her when she appeared on the jumbotron.

November 25: Kendall at the Rams game in LA @kendalljenner

Kendall, Kylie and their friend Stassie Karanikolaou attended the game between Los Angeles Rams and the Baltimore Ravens and the camera was pointed at Kendall. When she appeared on the jumbotron, she sent kisses to the audience, who was not so welcoming, to say at least.

Read also: Jenner Sisters Get a Nasty Surprise at the LA Rams Game

When they saw her on the screen they started booing at the KUWTK reality star. The whole thing didn’t go unnoticed on Twitter, so one user wrote: “The best part about this game was that Kendall Jenner got booed and that pretty much sums up how I feel about the Rams this season.” 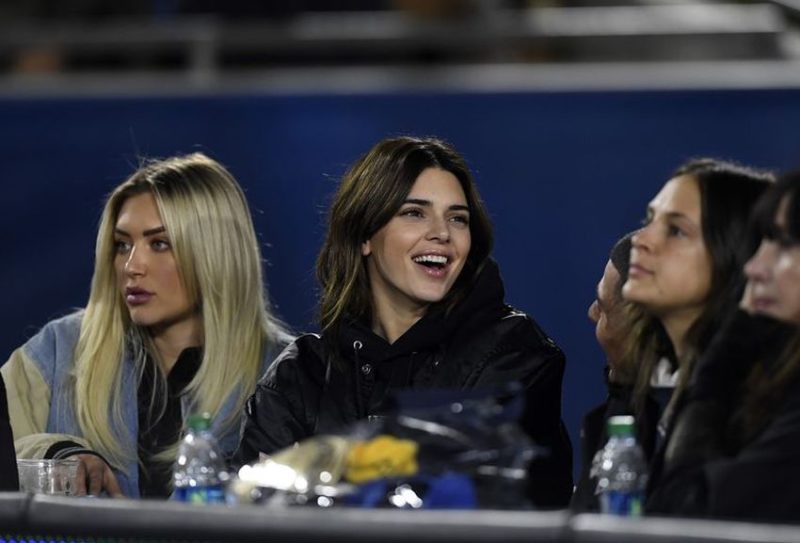 Another user commented: “Well, the Rams lost, but at least Ravens and Rams came together as one in the stadium to boo Kendall Jenner.”

While there were people who supported this gesture, others defended the famous model.

There were also comments like: “They announced Kendall and Kylie were at the game tonight and everyone literally booed. Like how much of a victim do you have to be to boo someone for being successful if you mad then get money tf.” and “How disrespectful is this. Like seriously. Poor Kendall.”