In Hollywood, everything is allowed. The big age difference between men and women that are in a relationship is something normal, but when it comes to movie industry things are completely different. Older actors are like wine, while actresses over 30 are considered old.

When Monica Bellucci played alongside Daniel Craig in ‘Spectre’, he was asked how his James Bond felt about having to chase an “older woman”. Craig pointed out that Bond was interested in a woman his age.

Beautiful actresses are afraid that they are going to be cast out, and even Jennifer Lawrence and Emilia Clark started using botox in their 20s, to preserve their youth.

The idea that women on screen are playing roles that are more mature than their male peers has somehow become domesticated. Many films have paired young women and men who can be their fathers without commenting at all. At the same time, women who are just a year younger than their partners played the roles of their mothers. And if you want to find the opposite situation in the movies, it is really hard. There are not many relationships between an older woman and a younger man that are considered to be normal on-screen.

These are just some of the movies that made the viewers laugh, though it was certainly not their intention:

Ageism is a term used to refer to age discrimination. One of the worst cases when Hollywood violently “aged” a woman was in the movie “Alexander” when Angelina Jolie played the mother of Colin Farrell, although she was only a year older than him.

One of the most famous Audrey’s roles was when she portrayed Sabrina Fairchild, the young daughter of a Larrabee family driver. At the beginning of the movie, Sabrina first falls in love with the youngest son of this family, David, but as time goes on, she becomes involved with his older brother Linus (Bogart). And when we say older, we mean much older – Bogart was 24 when Hepburn was born.

Bridges play the country star Blake in this movie, who tries to rebuild his life and career when he meets journalist Jean Craddock (Gyllenhaal). The two of them get into a relationship, and the fact that Bridges is 28 years older than Gyllenhall, and that he can be her father is never mentioned in the movie.

It is known that Woddy Allen likes younger women, and in this movie, it was the same as in real life. In the movie, Allen’s character Gabe leaves his wife (Mia Farrow) to flirt with her student Rain (Lewis). Allen is 37 years old than Juliette Lewis.
Shortly after the movie was made, Allen divorced Mia Farrow in real life to marry their adopted daughter Sun-Ji, who is 34 years younger than him.

In this movie, interestingly written and directed by Woody Allen, the magician (Firth) falls in love with a young psychic (Stone). The age difference between them is 28 years.

Johnny Depp rarely stars with women his age. The exceptions are Winona Ryder and Angelina Jolie. And in this movie, his partner Amber Heard, which was his real-life partner also, was 23 years younger than him. 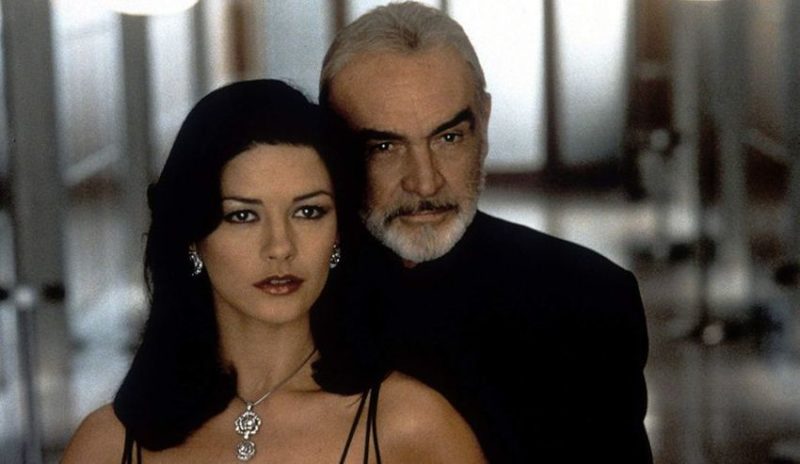 While Catherine Zita John was married to 25 years older Michael Douglas in real life, in the “Entrapment” she was in a relationship with Sean Connery, a 39 years older seducer. While everyone was talking about her marriage with Douglas, the relationship in the movie didn’t bother anyone.

While the role in “The Graduate” is one of the most significant that Hoffman ever played, the fact that he played a teenager at the age of 30 significantly mitigated the shock audience faced in the 1960s when they watched a movie about a young man and an older woman.

The injustice in this movie was clear – Hoffman played a teenager when he was 30 years old, and Anne Bancroft, who was 36 at the time, played a woman whose daughter was about to be married.

The Beginning Of Romance Between Elvis Presley And Priscilla