Jenner Sisters Get a Nasty Surprise at the LA Rams Game

Although they have millions of fans, it’s no secret that some part of the public hates Kardashian and Jenner sisters, and this is confirmed when Kendall and Kylie Jenner got booed at the LA Rams game when their faces were shown on the big screen.

November 25: Kendall at the Rams game in LA @kendalljenner

Kim, Courtney, Chloe, Kendall, and Kylie have been repeatedly mocked and booed at certain events. The last time this happened was in late September at the 71st Primetime Emmy Awards.

Kim Kardashian and Kendall Jenner, who received the award for the best reality show of 2019, came on stage and made a short speech that caused a loud laugh among the audience.

“Telling their stories unfiltered and unscripted,” Kendall added, and then laughter from the audience began.

There was awkward audience laughter when Kim Kardashian and Kendall Jenner said their family tells their stories "unfiltered and unscripted." Yikes. #Emmys2019 pic.twitter.com/H6XH3g6L1L

It is well known that their family show “Keeping Up with The Kardashians” is full of pre-conceived scenarios, like family and love dramas. Without that, it would never be one of the most popular reality shows for so many years. The girls were not thrilled with the reaction of the audience at the time, but this was soon forgotten.

Read Also: Kim Kardashian and Jennifer Lopez Teamed Up for a Hilarious Ad

This time, the subject of ridicule was primarily Kendall, but so was her sister Kylie, who appeared at the Los Angeles Rams and Baltimore Ravens game. 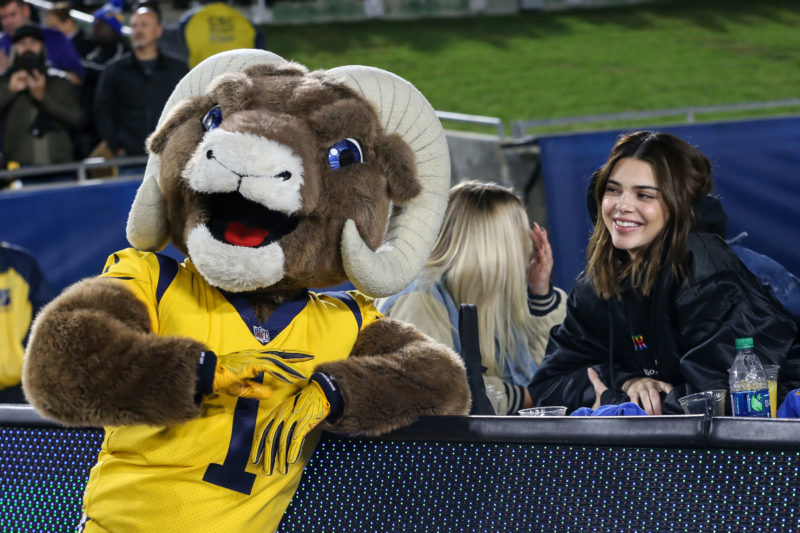 When the camera caught them on Jumbotron, the audience started to whistle and grumble about them being there. Still, Kendall didn’t get upset, so with a big smile on her face, she only sent a few kisses briefly.

Jojo Babie Sets Instagram on Fire With a New Photo

Who Is Zendaya? GQ’s Woman of the Year Is Only 23