British supermodel Kate Moss, 45, was a part of a photoshoot for the newest Dior men’s clothing line campaign, says Daily Mail. On set, she can be seen topless.

The model wore a pair of black pants, as well as the same-colored blazer, under which she wore absolutely nothing. While she was putting on the pants, the blazer moved to the side, revealing her naked breasts, as well as nipples.

Kate changed through multiple combinations, including a white shirt with a black skirt. She posed in front of the camera while lying on the beach, and while speaking on the phone. In between takes, she rested barefoot, smoking a cigarette.

Earlier in her career, Kate Moss started abusing co***e when she was 22 years old, and she became so addicted that she snorted “snow” every few minutes on parties. She was caught red handed in a music studio, which cost her millions in lost contracts. After that fiasco, she went to alcoholism rehab in Arizona. 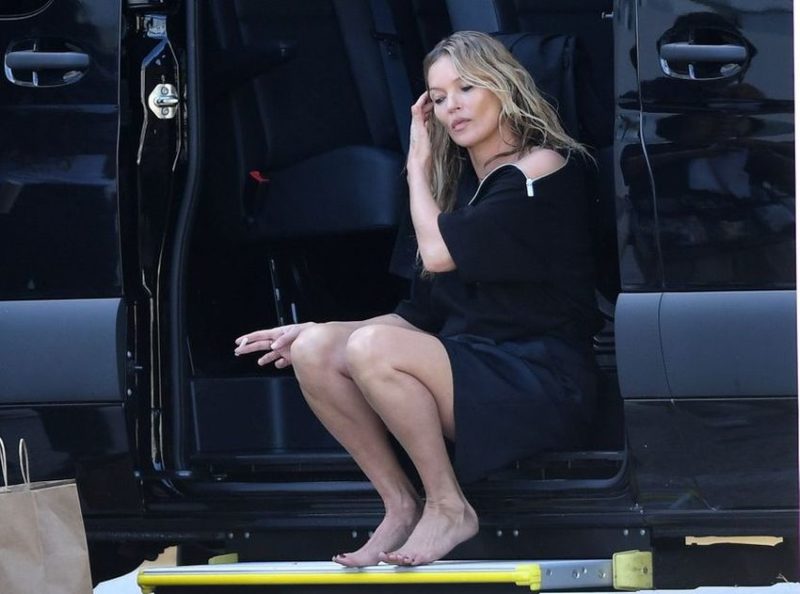 “I have never tried he***n. There were T-shirts being sold with a “Kate is an addict” print. Terrible things happened to me. At one point, I wanted to tell myself I might be better off if I used heroin”, said Moss at the time.

Allegedly, she has drastically changed her life several months ago, and has been sober since.