The Duchess of Cambridge looked strikingly similar to her late mother-in-law while attending Remembrance Day service in London.

Kate Middleton was the last-minute royal member to join the ceremony since the Queen missed this year’s event due to a sprain back, according to Buckingham Palace. For the occasion, the Duchess, 39, wore a black, wide-brim hat and a black jacket by Alexander McQueen. To honor the military troops, Kate wore a crystal brooch and traditional three red poppy flowers. 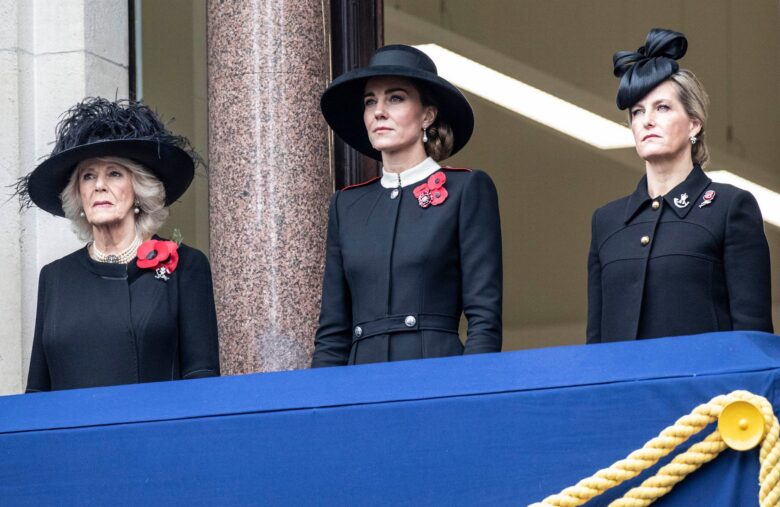 The outfit resembled the late Lady Diana’s outfit that she wore in 1992 for the same event. A wide black hat, and a military-style jacket embellished with brooch and poppies. Many royal experts agreed that the Duchess used the opportunity to pay tribute to her mother-in-law. 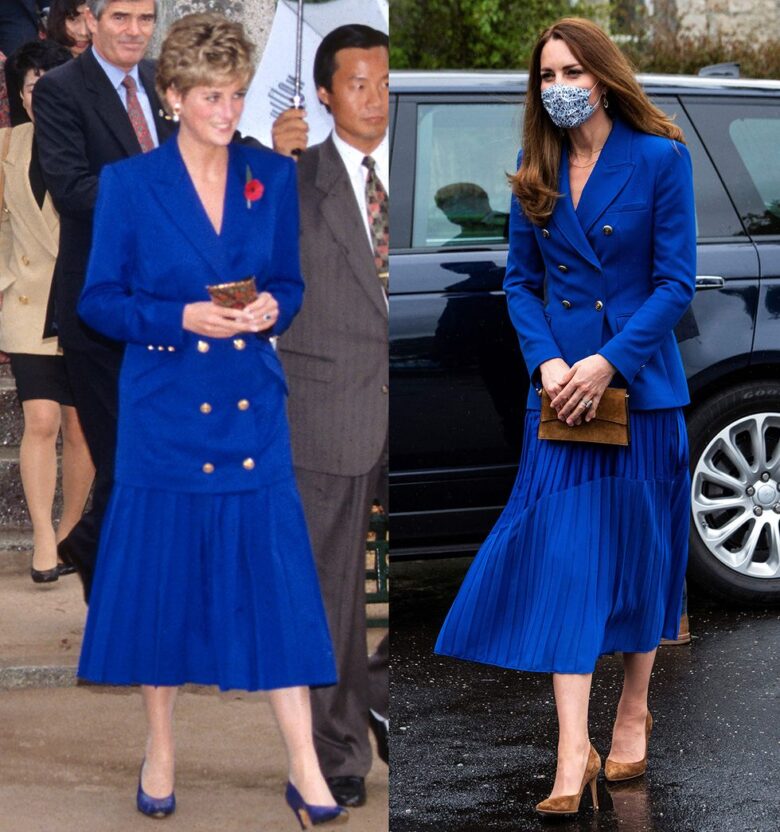 And this is not the first time Kate is seen wearing almost identical ensembles for the same events Diana did. For her appearance in Scotland in May of this year, Kate wore a cobalt blazer with a pleated skirt and brown clutch. The outfit is almost the same as Lady Diana wore in 1992. In 2019, Kate did her homage to the late princess again when she dropped off Princess Charlotte for her first day in school. Lady Diana wore the same looking dress when she took Prince Harry to school in 1992. 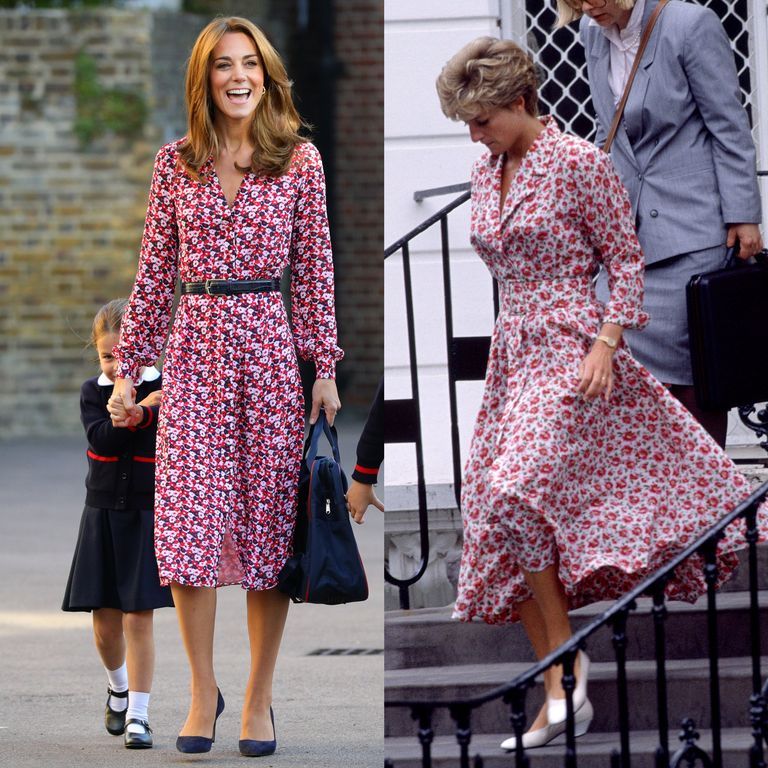 And the list goes on. For the last decade, Kate Middleton never missed a chance to show honor and respect to Lady Di. Whether or not this was supported by the crown, stays unclear, but the Duchess’s unwavering agenda to keep the memory of Diana alive is evident.

At the last event, Kate was joined by the Duchess of Cornwall, Camilla Parker Bowles, and the Countess of Wessex, Sophie. The ladies showed their support from the balcony above the Cenotaph war memorial. Prince Charles’ second wife wore a black feathery hat, while Sophie wore a smaller bow-like headpiece.