Joe Biden is Failing at Evacuating American Citizens From Afghanistan

The Afghanistan situation is escalating quickly, and Joe Biden seems unable to handle the situation the right way. The Taliban faction has given everyone a deadline to leave the country till August 31st. At the moment it seems that not all Americans will be able to leave by that time. In order to extend the deadline, America would need Taliban blessings.

According to Associated Press (AP), the situation is not bright for the US people there. The news outlet wrote: “At the current rate it would be difficult for the U.S. to evacuate all of the Americans and Afghans who are qualified for and seeking evacuation by Aug. 31.” This could prove as a massive issue considering the number of people still trying to get out of the country which will soon be torn apart by war conflict. 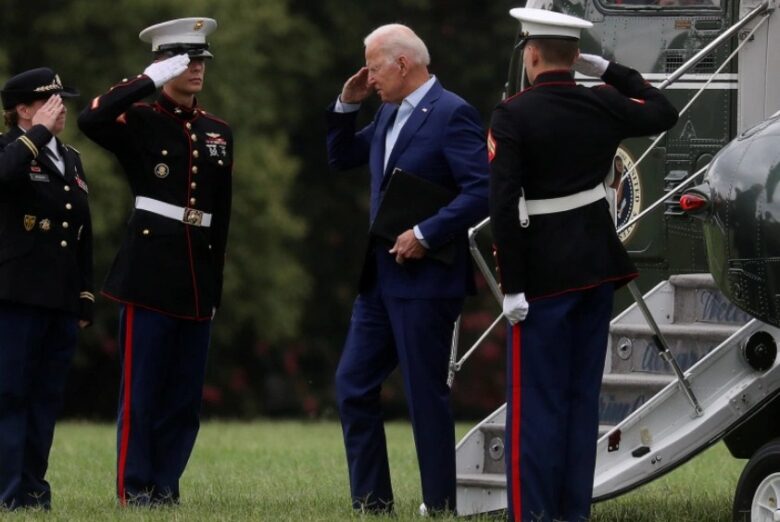 At the moment Pentagon remains silent on the subject, while there were reports that it was suggested to Joe Biden to seek the deadline extension. Various sources claim that the matter should be addressed quickly, as things aren’t getting any better. According to sources from the spot: “Situation [in Afghanistan] is rapidly deteriorating… We’ve had Americans get beaten throughout the night.” Allegedly a US citizen was beaten more than once.

Pentagon spokesman John Kirby, had this to say on Thursday: “I think it is just a fundamental fact of the reality of where we are, that communications and a certain measure of agreement with the Taliban on what we’re trying to accomplish have to occur.” Things need to be done quickly, as the US Military has the capacity to take between 5 and 9 thousand people each day. Unfortunately, they have been taking on only a little less than 2 thousand.

At the same time, we have Russia and France doing so much more. The Russians have offered to rescue Afghan people who are trying to get evacuated. The French military presence is at the same focused on rescuing the foreigners currently left stranded in Afghanistan.

A source tells me, “Situation [in Afghanistan] is rapidly deteriorating… We’ve had Americans get beaten throughout the night.” One of them, an American woman, was beaten “twice” even though she was carrying a U.S. passport.

While the situation is not getting any better, the ex-POTUS Donald Trump has a piece of advice on how the situation should be handled. In one of his addresses, he said: “First you bring out all of the American citizens. Then you bring out ALL equipment. Then you bomb the bases into smithereens. AND THEN YOU BRING OUT THE MILITARY. You don’t do it in reverse order like Biden and our woke Generals did. No chaos, no death—they wouldn’t even know we left!”

While Trump lost the election and the trust of the American people, he has a point. While we can’t tell how would he handle the situation, what Joe Biden is doing right now is not good by any parameter. People are dying left and right across Afghanistan in the hands of the Taliban who are quickly regaining control over the country whose authorities were put in place thanks to the American military presence in the land. Now, when the US presence is no longer in place, the issues started to arose. It remains to see how will Biden handle the situation as it worsens with each passing hour.