After Twenty Years: Jennifer Lopez Nominated for the Golden Globe!

The movie about strippers cheating rich clients only recently saw the darkness of the movie theater, but it already gained Jennifer Lopez the Golden Globe nomination. 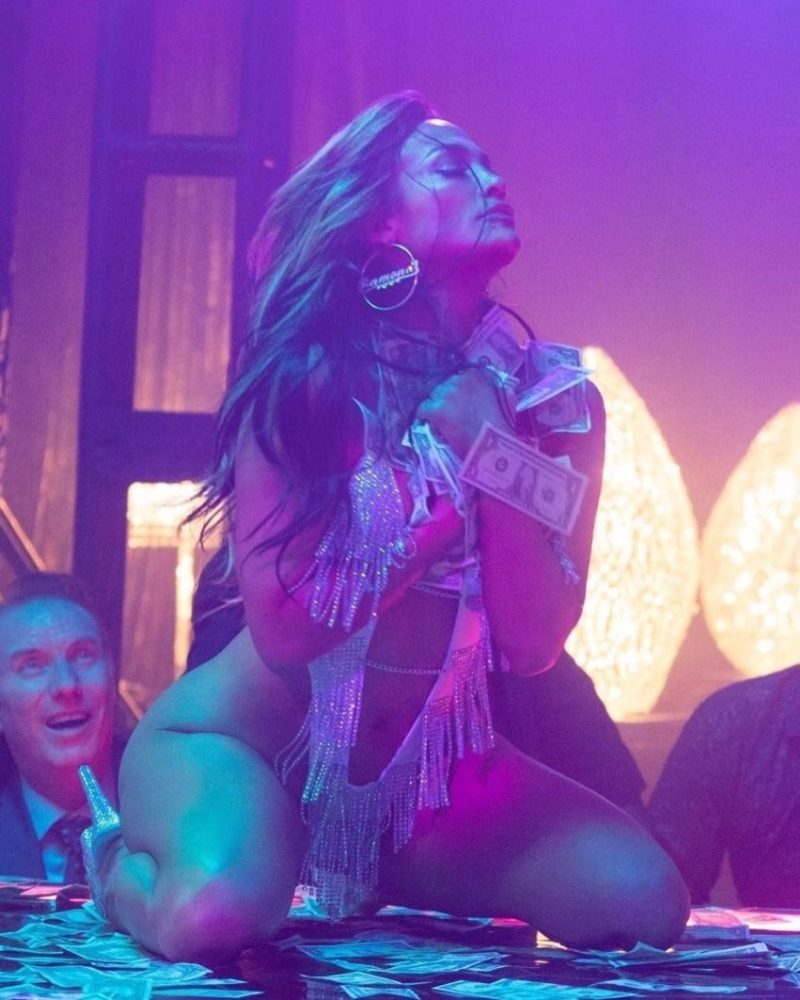 The role of Ramona earned JLo her first Golden Globe nomination in two decades. She was last nominated for this award in 1998 for her performance in the movie “Selena”. Lopez was up for Best Actress in a Motion picture for her interpretation of a singer killed by a fan.

Famous singer and actress received congratulations from many, but the most unusual and unexpected one was from JetBlue Airways. JLo’s fan Joseph Longo persuaded the staff on his flight from New York to Los Angeles to congratulate Jennifer Lopez on her Golden Globe nomination. The video of Longo quickly became viral.

A @JetBlue pilot read my plea that passengers watch Hustlers in honor of @JLo’s #GoldenGlobes nom. I called myself The Backup JLo, but I guess I’m her backup dancer. The friendly skies supports our Fly Girl! pic.twitter.com/YSYV2gvTMD

Lopez showed her gratitude on Twitter, where she wrote: “This is amazing! You can be my backup dancer any day! Thank you for the support!”

She also shared her excitement in an emotional video on Instagram, which she captured with: “Could not be prouder to be recognized by the Hollywood Foreign Press Association. Ramona was a complicated character, and it was an honor and challenge to bring her to life. Hustlers was a labor of love, sweat, and perseverance written, directed, produced, edited, and starring a group of bad-ass women. I am proud and honored to represent them and this film”.

Could not be prouder to be recognized by the #HFPA. Ramona was a complicated character and it was an honor and challenge to bring her to life. Hustlers was a labor of love, sweat and perseverance written, directed, produced, edited and starring a group of bad-ass women. I am proud and honored to represent them and this film!!!! ♥️♥️ @goldenglobes #HustlersMovie #Ramona Thank you so much Hollywood Foreign Press Association!!! ♥️♥️

Her fans and colleagues were delighted to hear the news and instantly showed their appreciation and support in comments. One of the fans wrote: “So proud of you. You deserve this baby”, and another added: “Congrats Diva. Forever a source of inspiration”.

Read Also: Kim Kardashian and Jennifer Lopez Teamed Up for a Hilarious Ad

“I’m so proud of you, girl, and always will be, because you’re so incredibly special and I know you’re always working hard to do your best! You deserve all the best, and I will always be here supporting you in everything”, one of the fans commented.

This Will Be the Most Popular Hairstyle in 2020!

“Empire” Star Arrested: A DUI, a Wrecked Car and a Crime Scene Getaway