POLITICAL FLARE – 02/07/2020: Ivanka Trump is about to receive a great award for her work and achievements. She will be the first recipient of the Alexander Hamilton Award. The award will be given by The National Association of Manufacturers, who celebrate their 125th anniversary.

At the moment, Ivanka Trump works as an adviser to her father, the 45th US President Donald Trump. It’s unknown what exactly is her job, but she’s been involved in different things. Her most significant impact was in the business sphere. Ivanka tried to reduce unemployment in the US through her program, which offers workplace training for those who seek jobs. 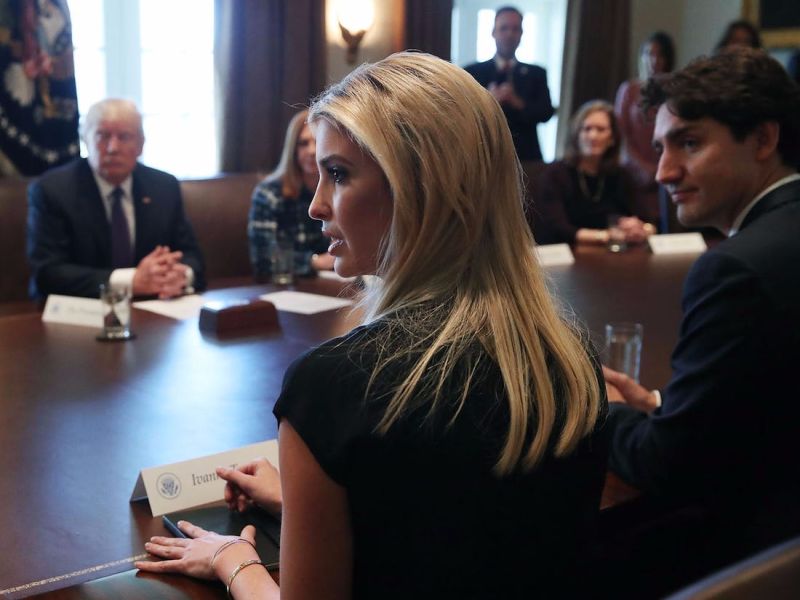 The National Association of Manufacturers announced Ivanka as the recipient of this prestigious award stating her success leadership abilities.

Read Also: Ivanka is a Known Swing-Voter. Will She Vote For Trump in 2022?

Ivanka is scheduled to receive this award on Wednesday. One of the reasons why she’s going to receive this award is because she worked on promoting and modernizing manufacturing. Ivanka certainly tried to influence the working population in the US and has worked on trade deals, but her success wasn’t great in these areas, even if Donald Trump claims otherwise.

Ivanka feels really proud of being awarded the Alexander Hamilton Award. She feels her hard work was noticed, and thus she shared this news on Twitter, Internet users were quick to react, and we can say they are not satisfied with the National Association of Manufacturers decision.

It is an honor to receive the National Association of Manufacturers' Alexander Hamilton Award. #USAhttps://t.co/Dw4viUfWev @ShopFloorNAM

While there are people who believe that Ivanka Trump is a hard-working person who brings prosperity to this country, there are more of those who disagree. And it’s hard to be on her side. She only got her job because of her father. Ivanka doesn’t have the experience and skills needed for the job she’s doing. It was easy for her to climb the ladder because her father is the 45th US President.

Ivanka is an excellent example of the Peter principle. She rose to the level of her incompetence. It’s just she didn’t do it by herself; it’s all thanks to Donald Trump.

Rita Ora Wears a Torn See-Through Sweater in a Library