Home News Ivanka is a Known Swing-Voter. Will She Vote For Trump in 2022?
News

EXPRESS – 02/07/2020: Ivanka Trump got to be called the First Daughter because of her involvement in her father’s affairs. She’s his biggest supporter and has defended Mr. Trump on numerous occasions. After Donald Trump was elected President, he appointed his daughter as his adviser. But is this enough to secure her vote in the upcoming elections?

In the past, Ivanka wasn’t always strictly a Republican. She didn’t even vote for her father in New York Primary elections. The case is the same with her brother Eric Trump and her husband, Jared Kushner. Both of them were registered as Democrats and failed to switch allegiance in time to be able to vote for Donald Trump. 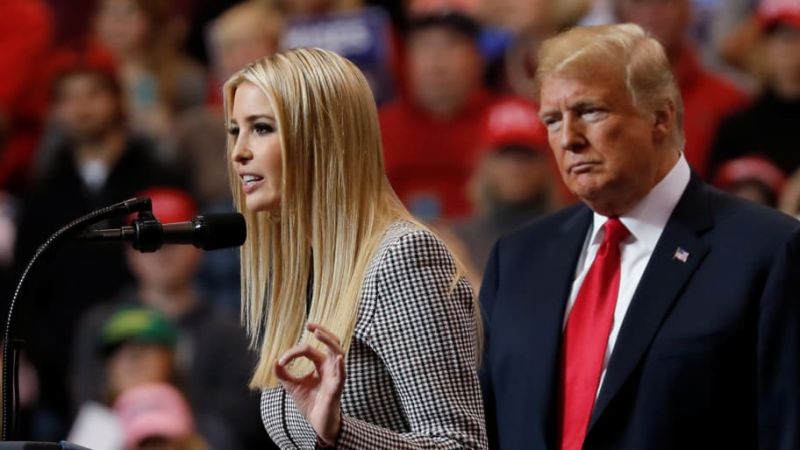 It is known that in the past, Ivana Trump even donated money to Democrats. In 2007 she was Hillary Clinton supporter and also funded her campaign with $1000. One decade later, Hillary was Trump’s rival in the presidential race, and Donald even called her “the most corrupt politician ever.” Five years later and Ivanka was all for Mitt Romney, who was running against Barack Obama.

Interestingly, Romney was among Republicans who voted for the impeachment of Donald Trump. Mitt didn’t only go against Trump but also against GOP. Romney accused Trump of abusing the public trust calling what President did “grievously wrong.” Trump responded by saying that Romney is a sore loser.

In 2013 Ivanka supported a democrat candidate for the major of New York City, Cory Booker. This time Ivanka and her husband Jared Kushner collected $40,000 for her campaign.

You can see the pattern here. Ivanka chooses a person and not a party. While she’s now with her father, it doesn’t guarantee him her vote. Ivanka herself said in the past that she’s not strictly a Republican or a Democrat, calling herself a swing voter.

President Donald Trump Calls For the Arrest of Nancy Pelosi