EXPRESS – 02/28/2020: Not everyone’s a fan, and Donald Trump knows that. Also, there are no brothers among billionaires it would seem. At least some of them get along while others don’t. One billionaire is Trump’s adversary in the upcoming elections, Mike Bloomberg. Today, we have another famous person giving support to Bloomberg. The man in question is Sadiq Khan.

Khan went full-throttle attack on Trump with claims that in November, Donald is going to lose the elections. If you didn’t know, the London Mayor is an identified anti-trump person. This statement is only a continuation of their feud. Khan voices hope that comes November POTUS will be defeated in the battle for White House. 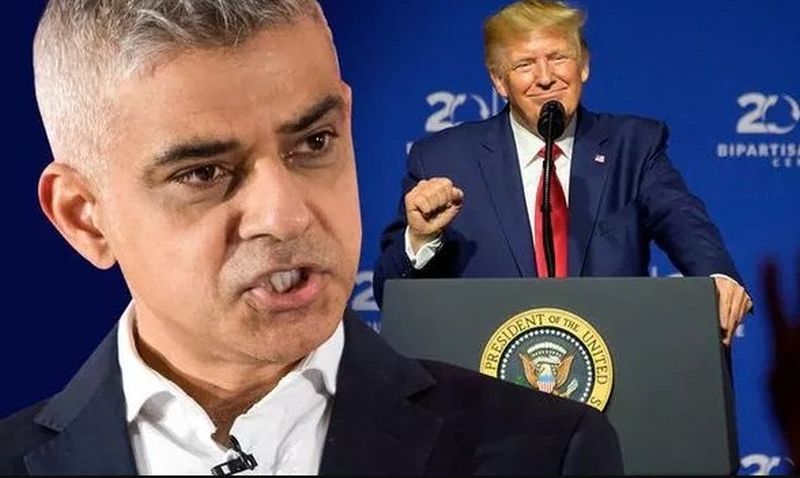 In an interview with Politico, Sadiq Khan stated: “I like good guys and good women to win, rather than bad guys. The key thing for the Democrats is to choose somebody who can beat Trump.”

Khan believes that the right person to beat Donald Trump in the upcoming elections is the former New York City Mayor Mike Bloomberg. British politician also said why he has this view: “I think Mike Bloomberg is interesting. He clearly gets under Trump’s skin. If it’s Bloomberg vs. Trump, it will be a really interesting campaign, two New Yorkers. One of whom is a successful self-made billionaire. The other one less successful, lost his dad’s money, doing less well.”

Sadiq Khan decided not only to support another candidate in the upcoming elections, but he also took a hit at where’s Donald Trump most vulnerable, his wealth. This is the area where Trump is especially sensitive as he considers himself as an unparalleled businessman.

Despite receiving support from Sadiq Khan, it is not likely that Bloomberg is going to be a Democrat candidate in the upcoming elections. At the moment, the man with the most chances to stand on the line with Donald Trump is Bernie Sanders.