Home News Is Melania Trump Having a Copycat In British PM’s Spouse?
News

Is Melania Trump Having a Copycat In British PM’s Spouse?

EXPRESS – 03/21/2020: There’s a lot of similarities between Boris Johnson and Donald Trump. Both speak their mind, have an unusual appearance, and lead their respective countries. But, some things are the same between their wives. Johnson is engaged to Carrie Symonds, who is thirty-one years old and is currently pregnant.

So, as we said, Carrie Symons and Melania Trump have many similarities. For one, they are both younger than their partners. For two, they are both precisely twenty-four years younger than Boris and respectively, Donald. Let’s move to what else is the same with these two first ladies. 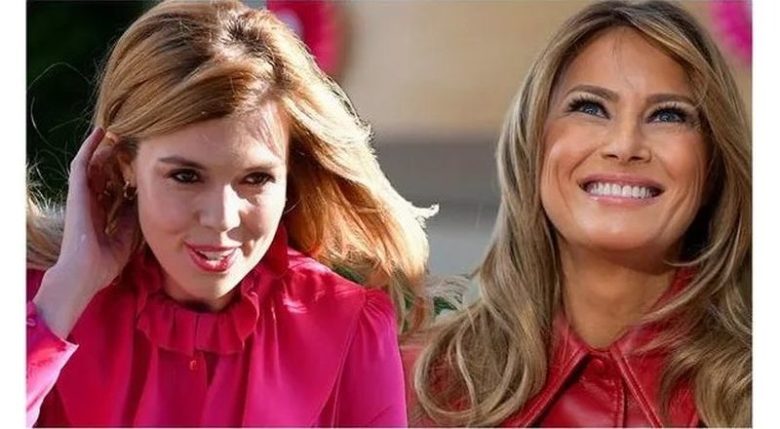 Melania and Carrie were successful on their own before meeting their powerful husbands. Symons was in politics, and unlike Melania has experience in this sphere. She worked for the Conservative party as a public relations specialist. After that she was employed on Oceana conservative project. In 2010 she campaigned for her now-fiancee in London mayoral elections. Unlike Donald Trump, she advocates for the environment and against climate change.

Read Also: Can You Guess The Price Of Melania Trump’s Engagement Ring?

Another thing that they have in common is that they both married men who had marriages behind them and are also step-mothers to their children. Furthermore, on a couple of occasions, the two first ladies wore similar outfits. Many media outlets wrote that Carrie is copying Melania Trump.

Josie Kelly, who often works as a stylist for people with influence and business people commented on this: “Carrie often steps out in flowing dresses similar to those favoured by the US First Lady, however, Carrie also shows that she is confident in her own personal style.”

The similarity in clothing can go down to the desire of both women to send out a message. This was also something Kelly pointed out: “Melania uses her choice of clothes to send key messages to the world, and I think Carrie has also done so in the past.”

The two ladies also have expensive engagement rings. Melania’s ring was far expensive, but the taste for big shiny things is there.

What Will Be Donald Trump’s Political Demise?

Is There Truth to Rumors That Prince Phillip Died From COVID-19?