Home News Can You Guess The Price Of Melania Trump’s Engagement Ring?
News

Can You Guess The Price Of Melania Trump’s Engagement Ring?

EXPRESS – 03/20/2020: When we talk about expensive, you can tell that Donald Trump can afford it. It’s no wonder that First Lady Melania Trump has one of the most expensive engagement rings of all time. But, can you guess how much it cost?

Melania is a former supermodel from Slovenia and the First Lady since 2017. When she got engaged to the current US President Donald Trump in 2005, she got a fantastic engagement ring. The sum that President Trump gave for a piece of jewelry is astonishing. 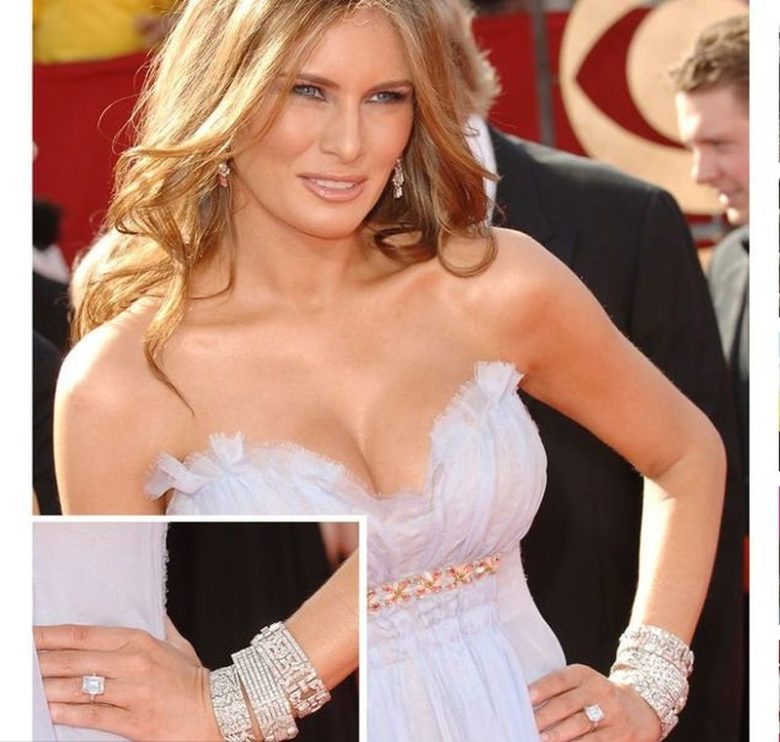 The pair met in September of 1998 at a Manhattan party and started dating shortly after. Mr. Trump popped the question six years into their relationship in January of 2005. The ring Melania received on that occasion was a 15 carat, D Flawless, emerald cut diamond ring from Graff. It is estimated that its worth is $3 million.

Tobias Kormind, managing director at 77Diamonds.com, described this expensive piece of jewelry: “When Melania Trump got engaged in 2005, Donald Trump bought her a 15 carat, D Flawless, emerald cut diamond ring from Graff which would today retail for $3 million which is around £2.2 million. At the time, Trump hit the headlines for claiming he had enjoyed a 50 percent discount. Graff was later quoted saying ‘We don’t sell items for publicity value.”

Today, Melania and Donald have been married for fifteen years, but they don’t have time to think about the past and expensive items they own. The ongoing coronavirus crisis is the only thing the presidential pair have to deal with right now. They need to come out of it as soon as they can, or there will be no joy in their wealth if they fail as the leaders of this country.

Tahlia Skaines Treats Her Fans With Her Bali Pictures

Donald And Melania Encouraged to Leave White House By Netizens!