Home Movies Is It Likely That Avengers Have a New Leader in Dr. Strange
MoviesNews

Is It Likely That Avengers Have a New Leader in Dr. Strange

Stranger things have happened in Marvel Cinematic Universe. The hardest part is not knowing. So, the logical move was to ask Dr. Stranger himself. But, Benedict Cumberbatch did us dirty. The actor who plays the titular character said he’s not aware of any movement in the pecking order when it comes to Avengers and the team leader.

MCU has new ideas for the future, and that’s not the secret. The secret is the new hierarchy. But, Benedict Cumberbatch is not sure right now where does the new order puts his character. Dr. Strange has been a monumental part of what marvel managed and still tries to do. He has introduced five years ago in 2016 in the film of the same name. He was the element that brought the magic to the MCU, with his standalone move, and was a crucial part of the battles against Thanos. Infinity War and Endgame showed just how important of a character Dr. Strange is.

With many of our favorite heroes out of the picture, we are in a need of a bright new star to lead the franchise. Phase 4 is on the way and Cumberbatch could be the one leading the way. After the trailer for Spider-Man: No Way Home was released we could see that Dr. Strange is the new mentor for the young Spider-Man. He filled the void left by Tony Stark. Spider-Man is Marvel’s golden goose with the franchise looking to invoke the multiverse, which will greatly be influenced by Dr. Strange. Of course, he has a standalone film on the way titled Doctor Strange in the Multiverse of Madness. All things point out he could be the new leader of the Avengers, but there’s no official word on the matter.

When confronted by the reporter, and asked if he’s the man to fill Tony Stark’s shoes, Benedict answered with a smile: “I’d have to think about that one.” Besides this, we have no other info that could reveal is there a new leader of the Avengers, or is there even a new team to be led by Dr. Strange. 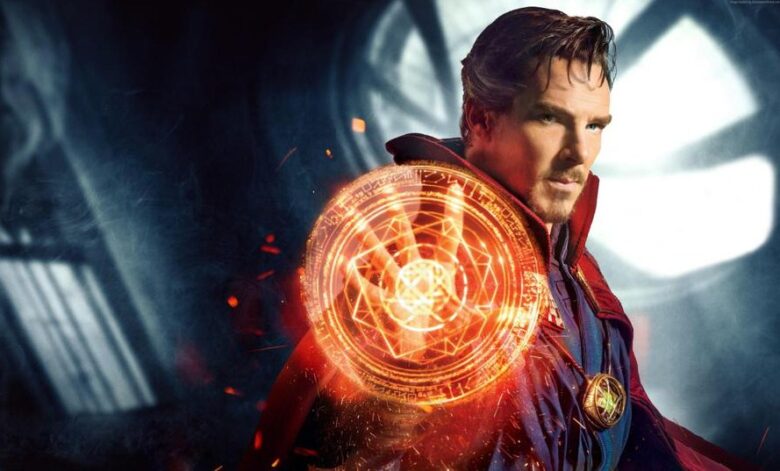 The mainstays, who were part of Avengers in years behind us are all retired. Tony Stark, Steve Rogers, and Natasha Romanoff are all retired, with the Hawkeye expected to do the same after Clint Barton is done with his standalone film. With things put into perspective like this, we can see why Dr. Strange is the best candidate to fill the position left void by Tony Stark. He’s not only one of the most powerful sorceress in the world, but next to Bruce Banner he’s also one of the smarter. All of this makes him an ideal leader of the new Avengers wave. All that is left is a few other things to sit in place.

For one, the Spider-Man – No way Home shows Dr. Strange doing peculiar things. For one, yes he does helps Peter but by casting a spell that Wong warned him not to. Furthermore, at one point he seems to be on the opposite side of Spider-Man which brought out many fans’ theories. One of the prevailing ones is that the real Dr. Strange is somewhere in a multiverse prison trying to get out of waiting for Peter Parker to free him. Whatever the case might be, Dr. Strange is on a path of proving himself as the de facto leader of the Avengers. His team will primarily consist of Spider-Man and the Scarlet Witch. But, before any move, he needs to be sure that if another Thanos-like threat arises he could deal with it. A new Avengers team needs to be formidable with an exceptional leader.

Ronaldo Is No Longer the Top Two Player in the World