Did you know that bombshell Irina Shayk has a sister? Her name is Tatiana Shaykhlislamova and she is equally gorgeous.

Tatiana is a married mom of three, two daughters, and a son, and is living a quiet life in Russia away from the Hollywood spotlight. She and her husband are dedicated to raising Dobermans which is at the same time their main source of income. Even though the two sisters are diametrically different in their lifestyles and ambitions they do remain close. Irina and Tatiana talk almost every day, confiding in each other regardless of contrasting ways of life.

Irina and Tatiana had a rough childhood. They grew up in a small Russian town Yemanzhelinsk. The girls lost their father, Valery Shaykhislamov, a coal miner,  to pneumonia when Irina was only 14 years. Their mother, Olga, a music teacher,  became the only pillar of the orthodox Christian family working three jobs at the time just to keep afloat. Sisters were thankful to have food and a roof over their heads.

Tatiana, however, also dipped her toes into the showbusiness. After finishing high school she completed a degree in make-up and design. An artistic streak seems to be a common virtue between sisters. At one point, Tatiana even opened a beauty store in Russia with limited success. Today, she is enjoying family life with her husband and kids. Tatiana is a notoriously private person refusing to reveal even the names of her family members. Irina fully respects that and keeps quiet about her sister’s family affairs.

In the meantime, the famous sister gives her best to be in the spotlight. After dating Christiano Ronaldo for years, the couple finally split in 2015. The same year Russian model married an American actor Bradley Cooper. The two share a 4-year old daughter Lea De Seine. They also split, in 2019.

Irina came from a humble background and immediately made a huge splash in the fashion world. She was first signed up for the lingerie company “Intimissimi” quickly separating herself from other girls. Not only that she was beautiful, but the camera loved her. She was relaxed, subtle, intriguing, and above all drop-dead gorgeous. Irina was proclaimed the most desirable woman in 2011 by “Sports Illustrated”. She is also the first, and the only, Russian model to ever be on the cover of the Swimsuit edition of the magazine. In all, Irina was featured five times in the famous publication. 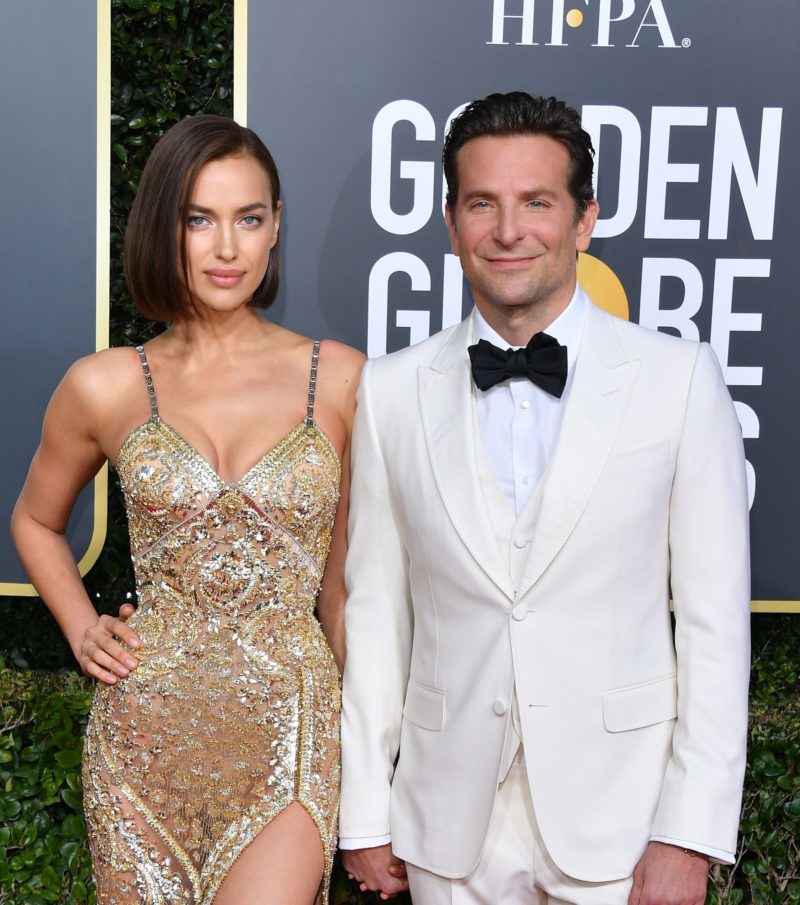 However, Irina is not just another pretty face. She monetized big time on her beauty and business connections. The 35-year old worked for every brand that means something in fashion. Guess, Lacoste, Victoria’s Secret, Cesare Paciotti, Miu Miu, Bottega Veneta, Marc Jacobs, Moschino, Burberry, Versace, Givenchy, just to name a few. Irina also starred in Kanye West’s video “Power” which got her a lot of work as a model in future business ventures. Elle, Cosmopolitan, Marie Claire, and Harper’s Bazaar followed.

In the past few months, Irina was rumored to date her old pal, Kanye West. Supposedly, everything went smoothly until Ye decided to recreate his wedding day with his maybe ex-wife Kim Kardashian. According to close sources, the Russian model was never really charmed by Kanye. West and Shayk were first spotted together in Provence, France, in June this year to celebrate West’s 44th birthday. A source claimed: “She went to his birthday party as a friend. There were 50 other people there”. Others insist that Irina and Kanye are still going strong regardless of his album promotion. So far, neither the model nor the rapper has confirmed the relationship. Kardashian reality star stays silent as well.