The hope isn’t dead. At least Kanye West hopes so. Ye still believes that there’s a way in which he and Kim Kardashian are going to end up back together. The pair is estranged, and Kim has filed for a divorce, but Fonda rapper is still pursuing her.

The rapper is going far and beyond to make his dream or reunion a reality. He even shared an old photo of the couple in which he and the KUWTK star are kissing. As we said, she filed for a divorce and is starting her new life with the Saturday Night Live star, Pete Davidson. Still, the 44-year old musician has the audacity to share their old black-and-white photo.

Another thing that made Kanye satisfied and he shared it in the photo from the TMZ magazine, with their complete title that says: “Kanye West Says God Will Bring Kim and Him Back Together, Inspire Millions.” To show the world that he’s serious and that this wasn’t done under any pretense, he tagged both the reality TV star and the magazine. 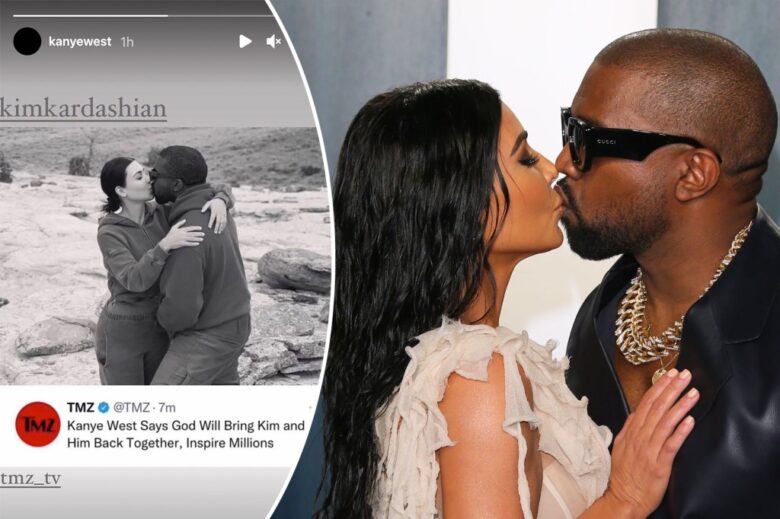 If you are following Ye, then you know that getting back with Kim is his mission now. During his visit to Skid Row, he made sure that he believes that God is with him and wants the pair back together. This was a long rant, which showed that this is the only thing the rapper can think of right now. Like you probably know they share four children and they are North, 8, Saint, 5, Chicago, 3, and Psalm, 2.

During his previous rant, the Power rapper said: “The narrative God wants is to see that we can be redeemed in all these relationships. We’ve made mistakes. I’ve made mistakes. I’ve publicly done things that were not acceptable as a husband, but right now today, for whatever reason — I didn’t know I was going to be in front of this mic — but I’m here to change the narrative. I have to be next to my children as much as possible. So, when I’m out of the house, I’ve got a house right next to the house. I’m doing everything to be right next to the situation.” 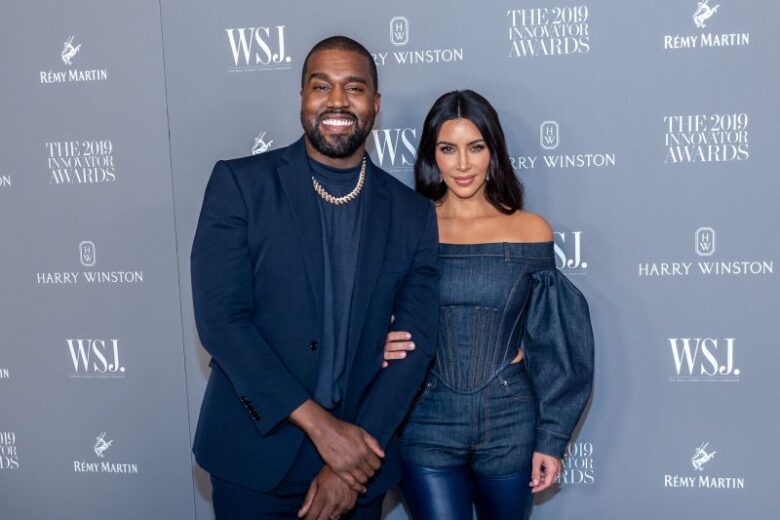 To make things clear, he added: “I’m trying to express this in the most sane way, the most calm way possible, but I need to be back home.” At the same time, it would seem that Kim has moved on. The marriage is passed for her, and she’s spending more and more time with her new lover, Pete Davidson. They’ve been all over the place from California to New York. It would seem that their relationship is heating up, and we’re not sure Ye can calm things down.

Davidson has remained silent through all of this, not making any waves. He’s known to the world as a comedian on SNL and from dating some A-class women such as Kate Beckinsale and Ariana Grande.