Thirty-three years ago, a young, shy girl with a guitar stepped onto a stage on Wembley Stadium and stunned the world with her performance. Soon, everyone knew her name – Tracy Chapman. Other than that, and her music, the public knows very little about this extraordinary artist. Chapman fiercely defended her privacy throughout the years, but still, some interesting things came to light.

Growing up was tough on Tracy Chapman

Tracy was born on March 30th, 1964 in Cleveland, Ohio. She grew up in a single-parent home, with her mother who was struggling to make ends meet. Despite living in poverty, Tracy’s mom managed to give Tracy some sort of stability and structure buying her a ukulele when she was only 3 years old. Four years later, Chapman was already playing the instrument and writing her first songs. 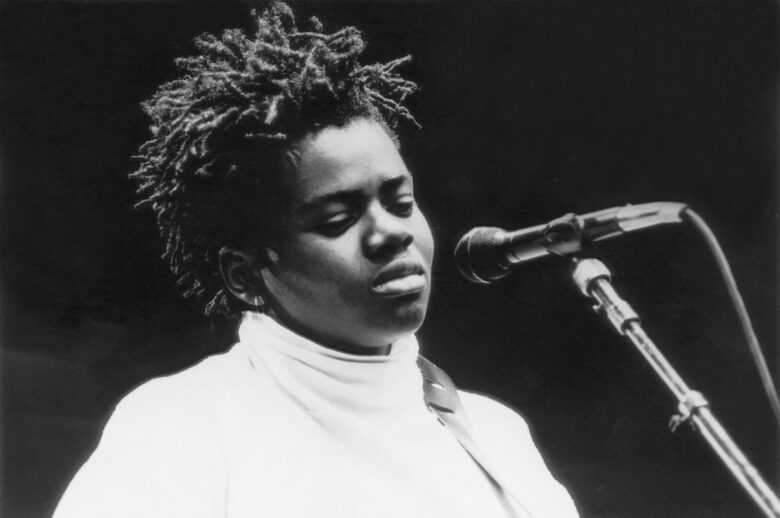 Tracy was a good student spending her days in the public library reading every book she could get her hands on. She loved to discover new things and was always opinionated about politics, especially human rights. The singer and songwriter went on with her education away from music, finishing Tufts University and getting her B.A. in Anthropology and African studies.

Tracy Chapman’s first album was released in April of 1988 selling around 250,000 copies in the first couple of months. Not great, not terrible. However, her next live performance will change the course of Tracy’s career and life altogether. In early June of 1988, the Nelson Mandela 70th Birthday Tribute show was held in London where Chapman was supposed to sing one song. In a turn of fate, things in production went south when Stevie Wonder’s performance was mismanaged leaving an empty slot in the concert. Quickly, the crew scrambled to find a performer to fill in and in a matter of minutes, Tracy was on the stage for the second time.

A young girl, with no band, standing in front of the mic holding a guitar sang her heart out. In the next two weeks, Tracy’s album was sold in over 2 million copies. From that day forward her career blossomed leaving us to enjoy her in her songs.

The meaning of the “Fast car”

If you ever listened to it, you understand that the song is not about the car at all. The story is about a poverty-stricken woman trying to find an escape from a miserable life through a doomed romantic relationship. Talking to the Q magazine Tracy said: “Basically it’s about a relationship that doesn’t work out because it’s starting from the wrong place”. The melody is a mix of fold and pop sounds which Tracy will cherish extensively in her songs. It was covered many times by various artists, including Kelly Clarkson and Jonas Blue.

The recognition from the music industry

“Tracy Chapman” album earned her six Grammy nominations in 1988. She took home three: Best New Artist, Best Female Pop Vocal Performance, and Best Contemporary Folk Album. Her next album in 1989, “Crossroads” didn’t have as much success but still reached platinum. In 1995, the album “New Beginning” was a commercial success mostly due to the hit single “Give Me One Reason” that got her the Grammy for Best Rock Song. 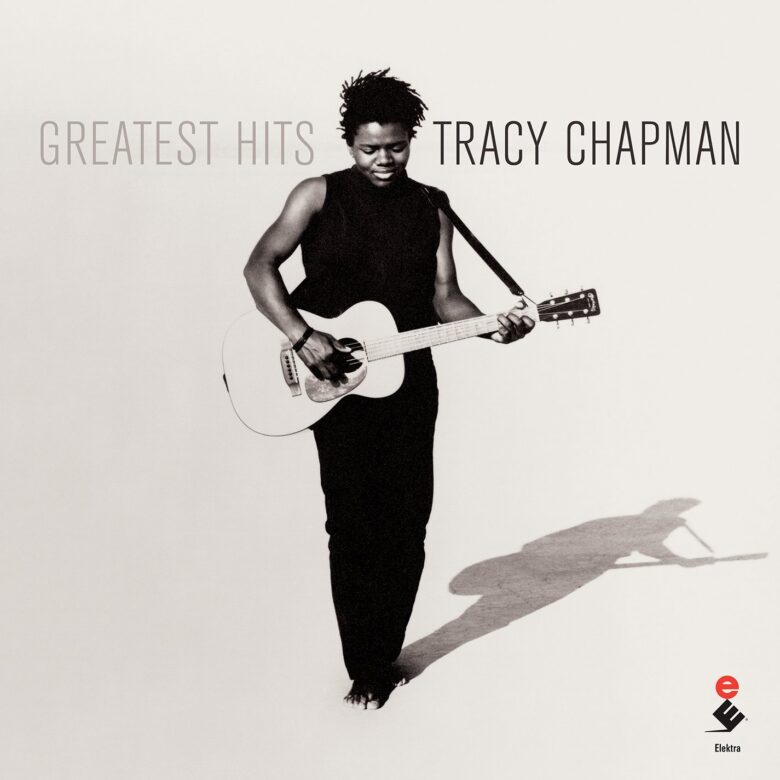 Tracy Chapman is very passionate when it comes to human rights and helping out the ones who are less fortunate. For decades the singer is involved in helping raise awareness about children living in poverty, without access to food or water. She is also active in AIDS/Life Cycle event. However, the award-winning musician didn’t forget her hometown and is involved with Cleveland’s elementary schools, producing educational music videos highlighting achievements in African-American history. 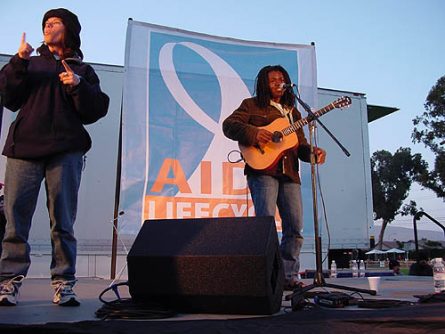 Ever since she stepped into the limelight Tracy has been trying to keep her private life, well, private. Her relationship status is unknown and Tracy would like to keep it that way. Chapman’s sexual orientation was always the source of intrigue for the media, but she stayed lip-tight on that as well. Nevertheless, her former partner, Alice Walker, the writer of “The color purple” confirmed that the two were a couple sometime in the mid-90s. Tracy herself never confirmed nor denied the statement. 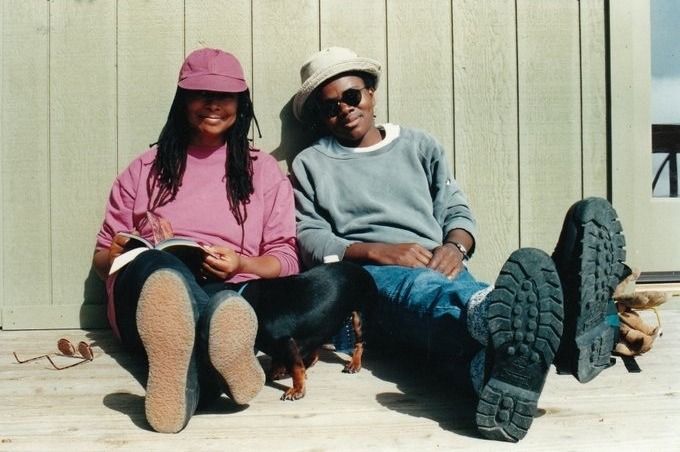 She never got used to being famous

Tracy is not active on social media at all, but her photos sometimes still end up on Instagram and Facebook when her friends post some mutual pics. Chapman is not fond of displaying her life publicly. She even doesn’t have a smartphone.  “Being in the public eye and under the glare of the spotlight was, and it still is, to some extent, uncomfortable for me”, Tracy told the Irish Times in 2015. The singer might not like the fame, but she’s probably not complaining about the fortune it brought her considering that her net worth is estimated at $8 million. 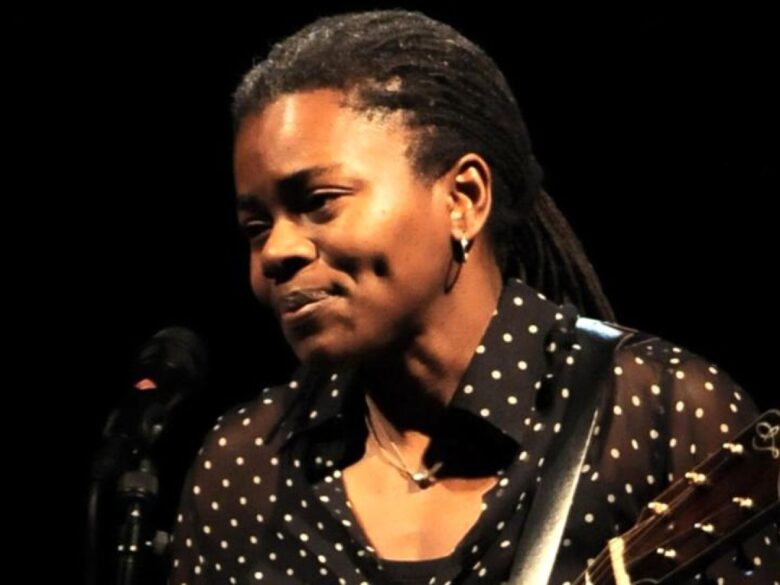 Tracy always kept her professional and private life separated. In 2002, she blogged on her website: “In some ways, the decision to keep the two things separate relates to the work I do. I don’t think I would have anything interesting to write about if I didn’t give myself time to have a life, to hang out with my friends or read a book or travel someplace I’ve always wanted to see. It can be a very odd or unreal lifestyle being a musician, going from one hotel room to the next”.

Where is Tracy Chapman today?

Tracy ended up in the media recently when Nicki Minaj used some parts of her song “Baby can I hold you”. Chapman sued for copyright infringement and the case was settled out of court with Minaj paying $450,000 in damages. 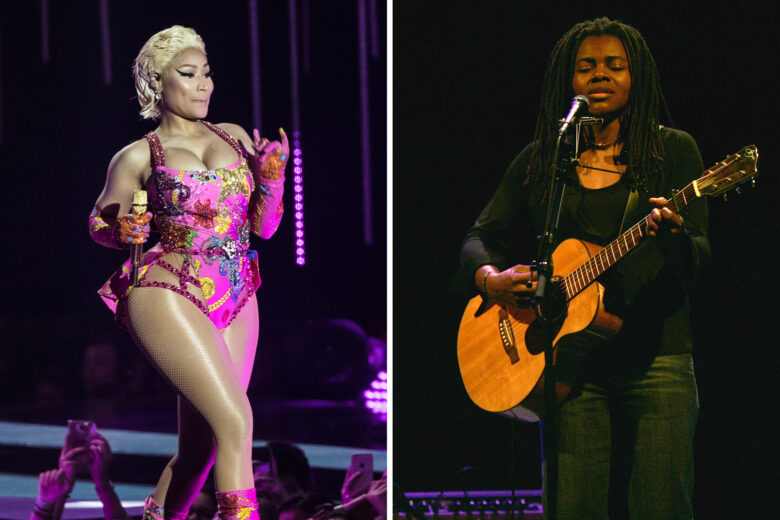 Even though she has not released any songs since 2008, Tracy is far from being retired. She made some public appearances, like the one in Late Night With Seth Meyers in November of 2022 singing from her home. Decades later Tracy is still that shy, quiet girl with an angelic voice and a guitar under her arm. She came to the spotlight unexpectedly grabbing everyone’s heart and paving the way for other acoustic musicians. Tracy’s humbleness made her a sweetheart of the folk/rock scene.