Nicki Minaj and her husband Kenneth Petty are facing yet another lawsuit filed by Jennifer Hough. The plaintiff’s lawyer Tyrone A. Blackburn is seeking unspecified damages against the celebrity couple for intimidation, emotional distress, harassment, assault, and battery.

Hough is claiming that Petty raped her in 1994 when they were both teenagers by holding her at knifepoint. He then proceeded to take her into an abandoned house where he assaulted her. Hough claims that since then her life was turned upside down. Before she decided to file a claim, Hough says that she was constantly battered and threatened by Minaj and Petty in an attempt to hush her. Hough also states that she needed to move several times in a matter of months trying to escape the harassment. Further, she claims that her family members were also subjects to attempted bribes by “Super Bass” singer, saying that at one point Nicki offered half a million dollars for the claims to go away. 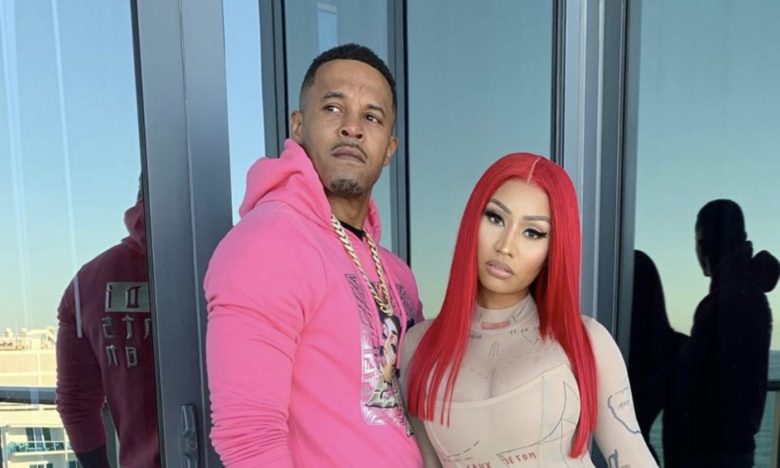 Jennifer Hough says that the threats intensified in nature since the October of 2022 when Petty faced charges for failing to register as a sex offender.

To be more precise, Kenneth Petty has had run-ins with the law since his teenage years. The 43-year old high school dropout has a history of victimizing women. Namely, in 1995 he was convicted of raping a 16-year-old girl with a blade or some sort of cutting instrument. His sentence was mild – only 18-54 months in jail and his name on the sex offender list of New York.

Nicki Minaj was widely criticized for dating, and later marrying, not only a criminal but one of the worst kinds of them all – a sex offender. Later, it turned out to be a serial sex predator.

Nicki stood by her husband throughout the ordeal claiming that he was “only 16 years old” and that he was in a relationship with the victim. Like that would make it ok to rape someone at all, let alone with a sharp instrument.

However, that wasn’t all. Petty’s rap sheet goes on. In 2006, Kenneth Petty shot and killed Lamant Robinson. He pleaded guilty to first-degree murder and is sentenced to only 7 years in prison. He was released in 2016.

Two years later after, in 2018, Petty had multiple traffic offenses from operating a vehicle without a license to failing to stop at the stop sign. In December of the same year, after Nicki Minaj shared photos of her and Petty on social media, a user by the name Ari Safari revealed that Petty is a registered sex offender and a father to five children. The singer never addresses the claims at the time, although she wholeheartedly defended her husband’s offenses later.

Despite everything, Nicki Minaj decided to stand by her man through thin and thick. The rap superstar claims that she was introduced to Petty back when she was 15 years old and was representing herself as Onika Tanya Maraj. In December of 2019, Nicki obtained a marriage license and subsequently married Kenneth. That decision was highly scrutinized by Minaj’s fans and the media. Still, she didn’t back down and went on with her life with the sex offender, even changing her social media name to Mrs. Petty. And Mr. Petty showed his love for his wife by tattooing her name “Onika” on his neck.

Nevertheless, public pressure took its toll. At the beginning of 2022, Nicki Minaj revealed that she is taking a break from public life in order to focus on her family. The bliss didn’t last though. In March of 2022 Petty was arrested once again. This time for failing to register as a sex offender.

Just as Nicki and her husband thought that the troubles are behind them, a new lawsuit surfaced. Something that Mr. Petty thought is all done with, it was not. Jennifer Hough still bears consequences from that unfortunate day in 1994 when Kenneth Petty took upon himself to wreck her life forever. Haunted by the experience, as well as fending herself from disturbing offerings from the attacker and his wife, Jennifer Hough decided not to let this one fall through the cracks. She is fighting back with a force. The first hearing is yet to be set in the Eastern District of New York.

Despite a Stunning Comeback, John Cena’s Time at WWE is Nearing End