Home News In The End There Can Only be One, And Trump Knows It!
News

In The End There Can Only be One, And Trump Knows It!

CNBC – 03/04/2020: We have one billionaire less in the presidential race. After a weak showing during Super Tuesday, Mike Bloomberg decided to call it quits on his campaign. He chose to endorse Joe Biden after his run was over. 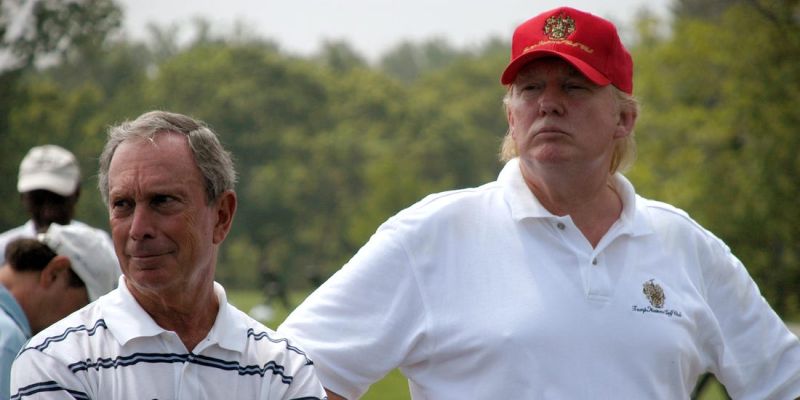 This can be considered one of the most expensive dropouts out of the presidential race in the history of the US elections. Former New York Mayor spent more than $500 million on his campaign. Most of the funds went into TV, radio and internet advertisements.

Regarding his support for Joe Biden, Mike Bloomberg had to say the following: “I’ve always believed that defeating Donald Trump starts with uniting behind the candidate with the best shot to do it. After yesterday’s vote, it is clear that candidate is my friend and a great American, Joe Biden.”

According to officials from Bloomberg’s campaign, after the results of Super Tuesday voting were known, Biden and Bloomberg had a conversation. The talks between the two democrat candidates happened before the former New York Mayor made his decision public.

Three months ago, I entered the race to defeat Donald Trump. Today, I’m leaving for the same reason. Defeating Trump starts with uniting behind the candidate with the best shot to do it. It’s clear that is my friend and a great American, @JoeBiden. pic.twitter.com/cNJDIQHS75

Biden accepted Bloomberg’s endorsement with open hands, stating the importance of defeating Donald Trump both for the United States and for the Democrat party. Joe Biden became the front-runner for Democrat nominee after a strong showing during Super Tuesday.ow with Bloomberg’s endorsement he’s the clear-cut favorite to be Donald Trump’s opponent in general elections.

.@MikeBloomberg, I can’t thank you enough for your support—and for your tireless work on everything from gun safety reform to climate change. This race is bigger than candidates and bigger than politics. It’s about defeating Donald Trump, and with your help, we’re gonna do it.

Regarding Bloomberg’s dropping from the presidential race, Donald Trump had the following comment: “Mini Mike Bloomberg just ‘quit’ the race for President. I could have told him long ago that he didn’t have what it takes, and he would have saved himself a billion dollars, the real cost. Now he will pour money into Sleepy Joe’s campaign, hoping to save face. It won’t work!”

For Trump, the game is on from this moment.

Mischa Barton Not Returning to “The Hills”