With late November or early December, Instagram becomes a place where celebrities start flaunting their holiday decorations. One of the Jenners decided to join this tradition by giving her followers a tour of her Beverly Hills mansion worth $8.5 million.

That Jenner is Kendall and she rarely gives a glimpse of her home to the followers, so this was an unusual view. Her decorations aren’t tacky, and she showed off her impeccably decorations with lot of lights.

Kendall giving a tour of her Beverly Hills mansion spotless and impeccably decorated for Christmas is such a flex. pic.twitter.com/r2DmhCnuhB

In 2017, Kendall Jenner became an owner of the Spanish-style, Beverly Hills mansion, which was previously owned by an actor Charlie Sheen.

Although it is a rare thing for Jenner’s followers to see the inside of her home, this isn’t the first time she proudly showed them her Christmas decorations. Three years ago, in 2016, followers took a peek at Jenner’s show-dusted Christmas tree. She posted a picture of the tree captioning „Kenny’s pink xmas“.

During this year, Kendall Jenner didn’t have many interviews. At the beginning of the year, in February 2019, she and Hailey Baldwin talked about her decision to keep her love life mostly private. Few months after that talk, in May 2019, Jenner and NBA player Ben Simmons decided to break up. 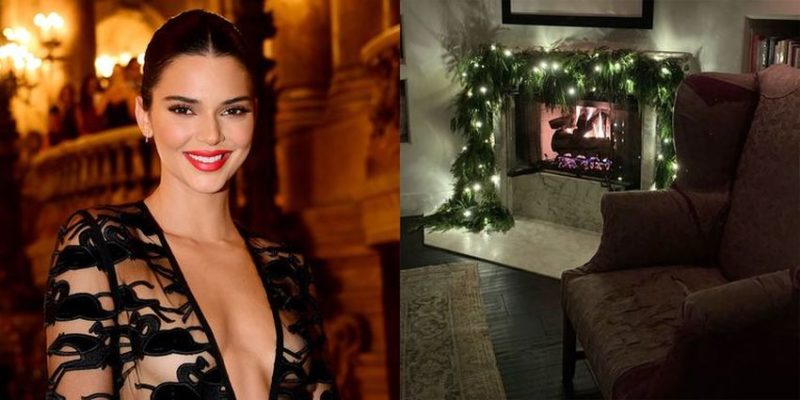 Here is how Jenner explained her decision about not intending to talk much about who she dates and where it is going: „I don’t want to let the world have their opinion on something and let them fully into something if I don’t even know what’s gonna end up happening in the next couple months because it’s something I’m going to have to explain.

Read also:Kendall Jenner Has a New Show With Her “Twin Brother” Kirby

The amount of times I see people together for a couple months and they’re together so hard core and they show it and they flex it everywhere and a couple months later they break up or something happens. They have to explain themselves to everyone. I don’t want to do all of that unless I’m completely certain in a relationship or it’s been a while.“