On Monday, London-based magazine Beauty Papers announced that British singer Harry Styles, 26, will be featured on their cover.

In provocative photos, the famous singer once again displayed his quirky sense of style as he wore a pair of fishnet tights and Gucci moccasins on one picture and Gucci suit on another photo. 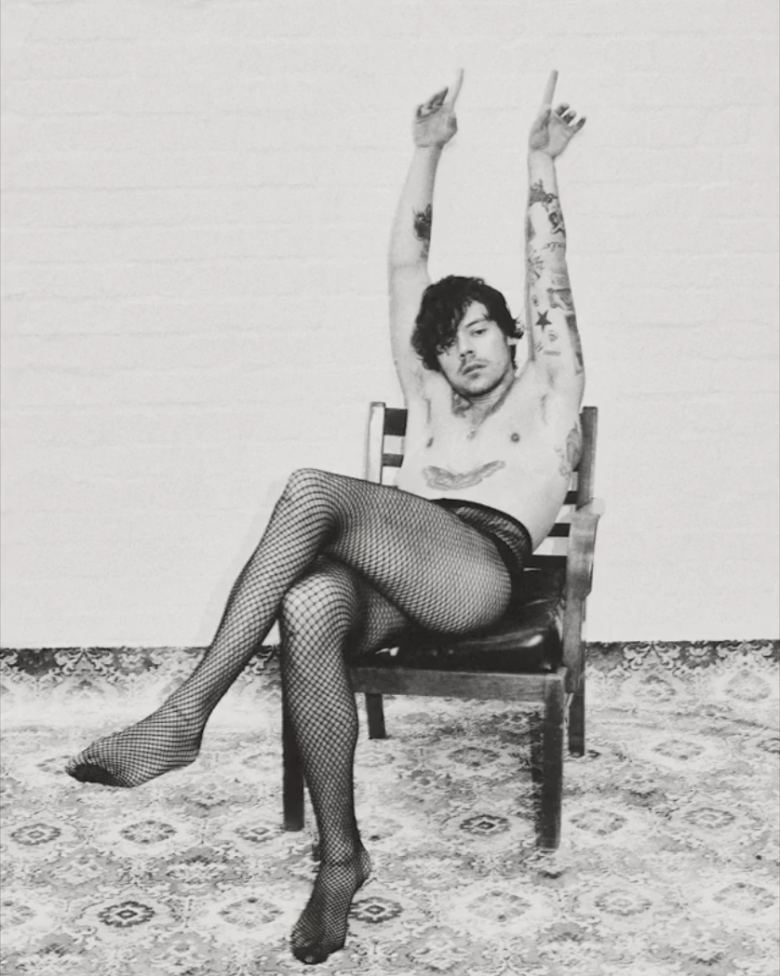 Fans, when they learned that a handsome Briton would be on the cover of Beauty Papers, rushed to the official site to secure their copy. Too much interest has led to the crash of the website. 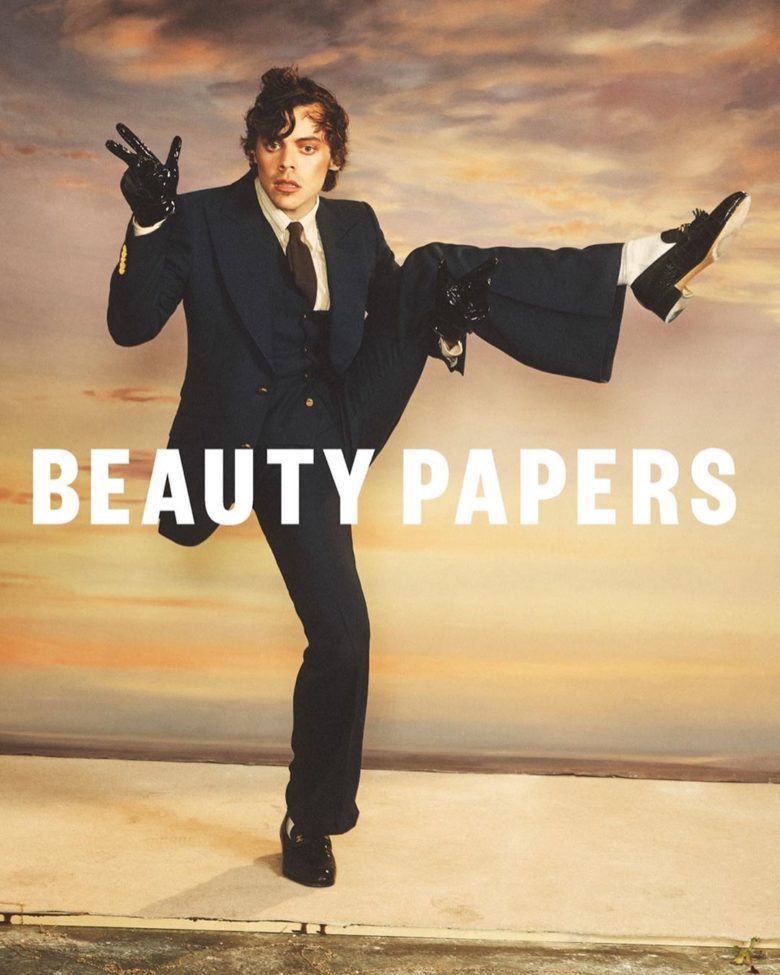 Harry’s engagement was officially announced with a one-minute video directed by Casper Wackerhausen-Sejersen.

BEAUTY PAPERS. Introducing Mr Harry Edward Styles who collaborated with #beautypapers in an issue that viscerally responds to the shrinking freedoms of our world with an explosion of individuality, creativity, diversity and unity. Directed by @caspersejersenstudio DOP #jamesbeattie @harrystyles #harrystyles #beautypapers

Harry, in the video, answers questions that viewers cannot hear. He is dressed in the same blue Gucci suit that he also wears in promo photos, which is complemented by a pink shade and bronze highlighter, People reports.

Read Also: Harry Styles Opens up About His Orientation: “Who Cares If I like Men or Women, or Both?”

BEAUTY PAPERS. Harry Edward Styles x Beauty Papers for REVOLUTION issue. ‘Treat people with kindness’ resonates as a revelation and revolution in itself. An undeniable call to action and invitation to make a kinder world — whoever, whatever and however you are. COVER #1 Photography @caspersejersenstudio @gucci @harrystyles Available to buy online NOW. Link in bio. #beautypapers #harrystyles #treatpeoplewithkindess

Guchi confirmed that the famous singer in the video is wearing their cosmetics in addition to their clothes. While addressing technical issues that have occurred due to traffic congestion, Beauty Papers posted on Twitter what cosmetic products they used to prep Harry for shooting.

A post shared by Casper Wackerhausen-Sejersen (@caspersejersenstudio) on Mar 17, 2022 at 4:54am PDT

Known for his daring fashion, Styles often emphasizes his authentic style in his music videos and public appearances.

Who’s Next in Line to Be The New Kim Kardashian...

Harry Styles Opens up About His Orientation: “Who Cares If...

Nicole Scherzinger Shows Off Her Insane Figure in a Leather Jumpsuit