Freddie Mercury met Mary Austin when he was 24, and she was only 19. At the time, none of them could have imagined what the future would bring them, let alone that their love story would turn into one of the most famous in the world. The same story was shown in the Oscar-winning hit film “Bohemian Rhapsody”.

“All my lovers asked me why they couldn’t replace Mary, but it’s simply impossible. The only friend I’ve got is Mary, and I don’t want anybody else. To me, she was my common-law wife. To me, it was a marriage”, the legendary musician said on one occasion. 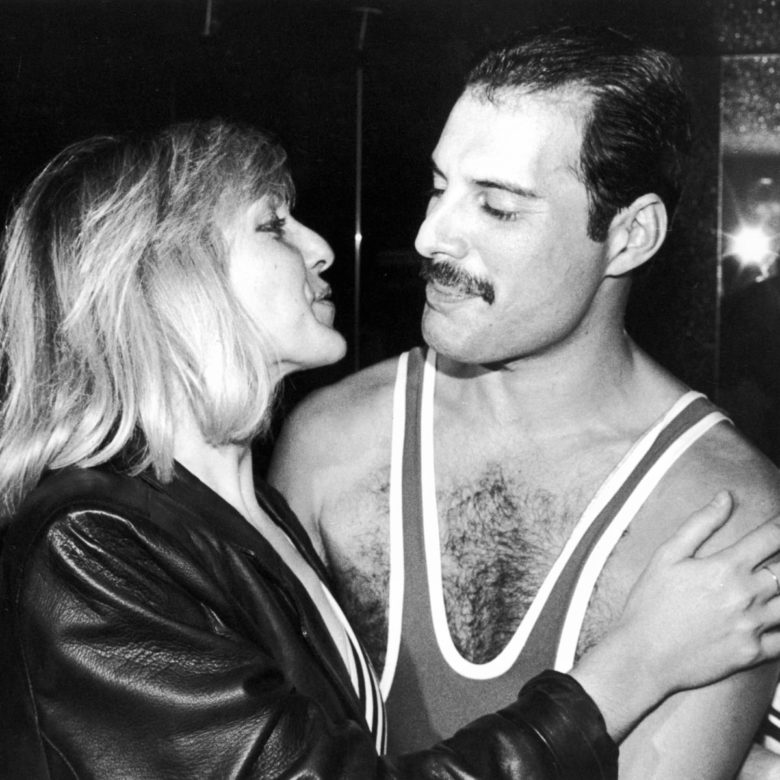 When Freddie died of AIDS in 1991, Austin was by his side as she had been for much of his life. He left her half of his fortune, estimated at $ 75 million, as well as the 28-room house in London in which she still lives today. Mary today lives a quiet life away from the spotlight under which she was at the time of his greatest popularity.

They immediately fell in love

Mercury and Austin met in 1969, a year before he formed a band with Brian May, Roger Taylor and John Deacon that would later be called Queen. Mercury was born as Farrokh Bulsara in Zanzibar in 1946 and moved to London with his family in the 1960s. 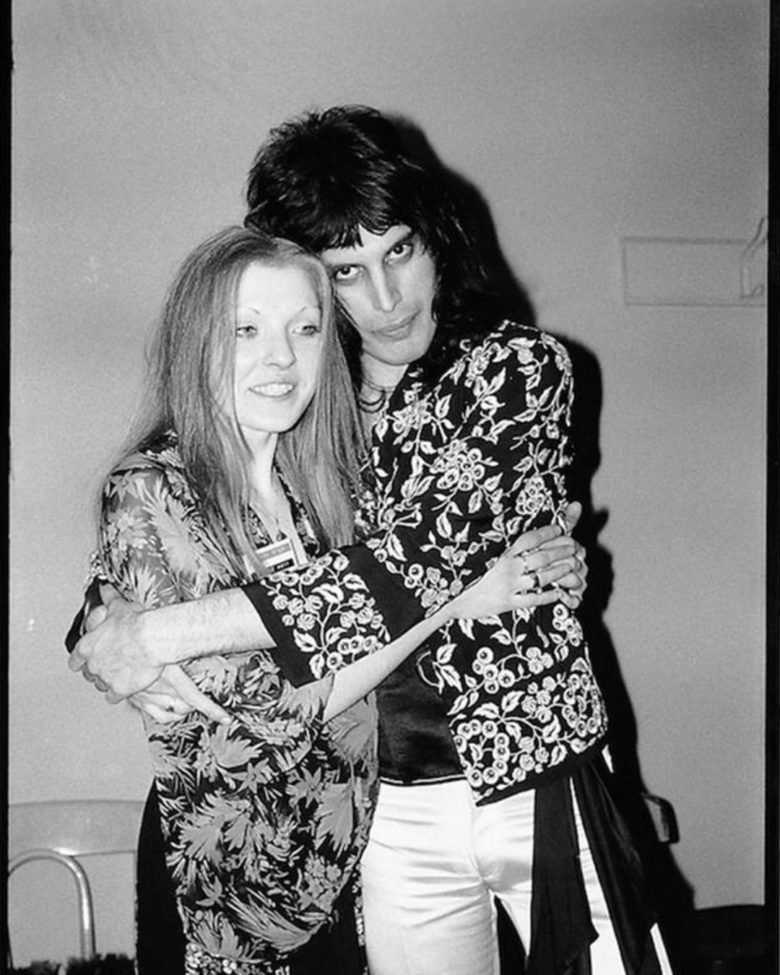 Mary was working at the Biba clothing store at the time. They quickly fell in love and started living together, even though Mary was much more withdrawn than Freddie. “He was like no one I had ever met before. He was very confident, and I have never been confident. We grew together. I liked him – and it went on from there”, Austin said in an interview in 2000.

When the band Queen released their debut album in 1973, the couple moved into a larger apartment, and Freddie proposed to her. “When I was 23, he gave me a big box on Christmas Day. Inside was another box, then another, and so it went on. It was like one of his playful games. Eventually, I found a lovely jade ring inside the last small box,” Mary told Daily Mail many years later.

?Mary Austin? . Happy 69th birthday to Mary Austin with whom Freddie had the greatest most enduring emotional bond of his life…the woman who was his muse, his "only true friend", and his "common law wife" who stood by him through thick and thin ❤? . ✨Mary grew up in a struggling working-class home in West London and she had to grow up quickly. She dropped out of school at 15 and became a receptionist, and later got a job at Biba (the fashionable store). . ✨One night, she ran into a friendly acquaintance at a rock concert at a nearby college, Brian May. They hit it off and they began dating. The relationship was fun, but it never got serious and they broke up on friendly terms. . ✨Though she wasn't aware of it at the time, she attracted the infatuation of the band's lead singer, a friend of May's called Freddie Mercury. Freddie kept showing up to Biba and a few months later, he asked her out on a date. . ✨Both were financially strapped, so they had to do things together that didn't involve spending money. He was flamboyant in public but she got to see the side he didn't show others. They grew close and moved in together in 1973. . ✨Freddie really loved her but he and Mary were beginning to grow apart and in late 70s he revealed to her that he had been unfaithful to her with partners of his own gender. . ✨ Although the break-up was hurtful, she wasn't bitter, and she took an apartment near their own place, and they remained close. Freddie hired Mary to be the secretary to the the band's publishing business. . ✨Mary was the person Freddie loved and trusted the most and took home to meet his parents as he knew they felt comfortable with her. . ✨ She began to have a life of her own which Freddie wholeheartedly supported. It all came crashing down for her in 1987, when he revealed that he had tested HIV positive. She was the first person he told. One of Freddie's top priorities was making sure Mary was financially secure and left her the majority of his fortune including his Kensington mansion against her wish. . ✨Freddie entrusted Mary with his ashes, the location of which has remained a closely guarded secret for decades. . #FreddieMercury #MaryAustin

It was not clear to her what was going on, so she asked the musician on which finger to put that ring, and he asked if she would marry him. She said yes immediately.

In the years that followed, the Queen’s popularity skyrocketed, and Freddie dedicated numerous songs to his wife, the most famous of which was “Love of my life.” The band, but also Freddie himself, had more and more fans day by day, and the singer was more and more indulging in a debauched life.

After the breakup they remained best friends 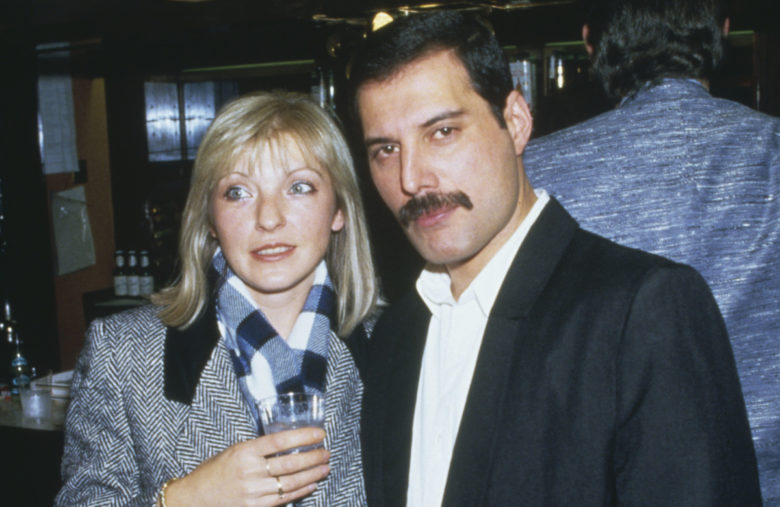 They didn’t do so well at home anymore. After six years of relationship, they no longer talked about marriage, and Mary concluded that something was wrong. Mercury claimed all along that it was her imagination and that everything was fine. At first, she thought she was having an affair with another woman, but in 1976 he decided to confess everything to her. “I’ll never forget that moment,” Mary said. He told her he was bise*ual, but she thought he was gay.

Read Also: Jim Morrison Left ‘The Doors’ Because of Her and Then Both Died at 27

Soon after, she moved into an apartment near his house, and then their physical relationship ended, but they were connected until the end. She went on tour with the Queen, and they remained best friends. 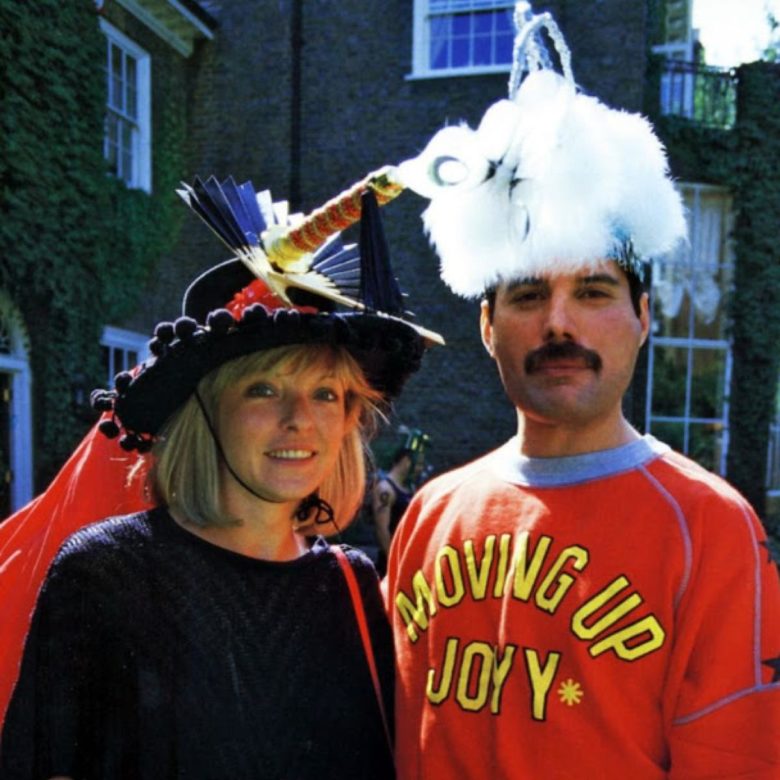 Mary later met painter Piers Cameron with whom she has two sons, and Freddie is her eldest son’s godfather. She never married him, and her later marriage to entrepreneur Nick Holford ended in divorce after five years. Austin was never out of Freddie’s life.

“He kept her close by when he became ill”, said the Queen’s biographer on one occasion. She supported him in his treatment decision, and until just a few days before his death, his illness was a mystery. She promised him at the outset that no one would find out he had AIDS until he wanted to.

Happy birthday to Jim Hutton (Freddie's last love and life partner) who would have been 71 today ❤?? . Jim Hutton died 10 years ago on New Year's Day 2010, three days before his 61st birthday. ⚫ . ✨Jim first met Freddie at Heaven, a gay nightclub in London. Freddie who was three years older, offered to buy him a drink. But not only Jim didn't recognize who he was (I know right ? ) he actually rejected him (not so very nicely ?) . ✨They didn’t connect until a year and a half later, when they "accidentally" saw each other, once again, at a nightclub and Freddie offered to buy him a drink again. This time, Jim accepted. (Yeayyyy). . ✨They began dating and, less than a year later, Jim moved into Garden Lodge. He kept his job as a hairdresser but he also tended to Freddie's garden therefore masquerading as his gardener when Freddie's parents came over (Freddie wasn't exactly openly out to his parents). . ✨Even though they didn't get married or anything Jim gave Freddie a ring and he never took it off and whenever they were with friends Freddie referred to Jim as his husband. . ✨And as you all know the two stayed together until the very end… . ?P.S. I don't approve of certain things that were done and said in the post-Freddie era but I'm still so happy that Freddie found stability and a loving relationship when he did and I believe Jim was exactly what he needed at that point in his life. May they both rest in happiness as Jim gives Freddie bubble baths ? . #FreddieMercury #JimHutton

“When he died, I felt we’d had a marriage. We’d done it for better or worse, for richer for poorer, in sickness and in health. You could never have let go of Freddie unless he died – and even then it was difficult”, she told OK!.

Features to Evaluate for the Best Tortilla Press