EXPRESS – 05/17/2020: The number of people who resent Donald Trump for his response to coronavirus pandemic grows every day. The latest in line who bashed Trump for his mismanagement of the crisis is Rory McIlroy.

What bothers McIlroy the most is the complete absence of diplomacy in Trump regarding the handling of the COVID-19 outbreak. The professional golfer from Northern Ireland stated that Donald Trump made the virus a political matter and that he acted as he’s running a campaign, while his pressers were like rallies. 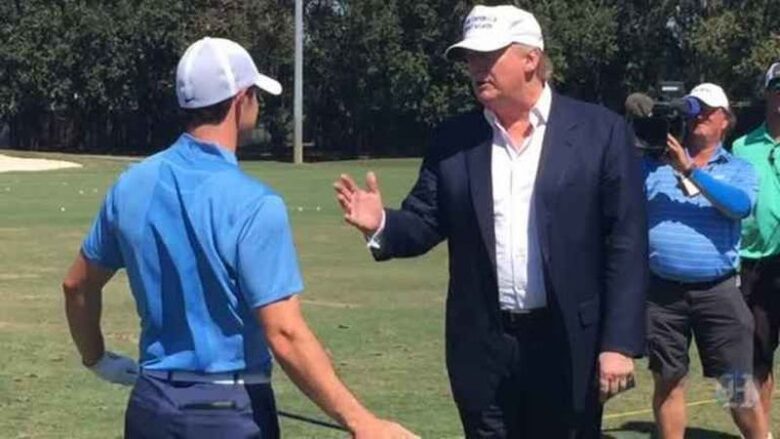 Rory McIlroy was close to President before he was elected, but he wouldn’t love to be associated with him now. Talking about Trump’s coronavirus response, the famous golfer said: “We’re in the midst of something that’s pretty serious right now. He’s trying to politicise it and make it a campaign rally, saying that [the US] administers the most tests in the world like it’s a contest. It’s just not the way a leader should act, and there is a bit of diplomacy that you need to show, and I just don’t think he’s shown that, especially in these times.”

Rory McIlroy is the current No1 in the world of golf, but in 2017 he famously played with Donald Trump. He now claims that while he enjoyed his outing vs. Trump, he wouldn’t share the court with him in the future.

After his following words, he’s not sure that Donald Trump would want to play against him: “I don’t know if he’d want to play with me again after what I just said. I know it’s very self-serving of me to say ‘no’ and, if I don’t, then it means then I’m not putting myself in position to be put under scrutiny and that I’m avoiding that. But I probably wouldn’t, no. The day that I did spend with him and others was very enjoyable. He is very charismatic and was nice to everyone. He obviously has something, or he wouldn’t be in the White House. That doesn’t mean I agree with everything – or, in fact, anything – that he says.”