THE GUARDIAN – 02/28/2020: Donald Trump is more than capable of standing up for himself. But sometimes he doesn’t need to do it at all. In recent weeks President Trump is under a lot of pressure regarding the coronavirus. It seems that everyone criticizes him for his stance on the spreading of this virus. Luckily, he has Mike Huckabee on his side.

Huckabee is a former Republican Arkansas governor. At one moment in time, he was also a presidential candidate. Today, when everyone is talking about coronavirus and how POTUS isn’t doing anything to deal with it, Huckabee took his opinion on Twitter intending to defend the President. 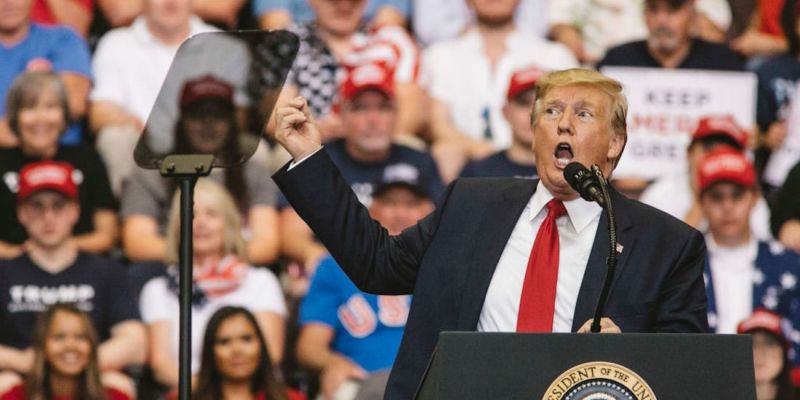 You could argue that he went overboard, but here’s what he said: “Trump could personally sick the virus out of every one of the 60,000 people in the world, suck it out of their lungs, swim to the bottom of the ocean and spit it out, and he would be accused of pollution for messing up the ocean.”

To show how certain he is of his claim, Huckabee made this statement not only on Twitter but also while guesting on Fox News’ Fox & Friends show. While we agree that Trump isn’t to be blamed for everything, this statement went overboard. The truth is that Donald Trump isn’t handling the situation the way he should. There’s more to be done, and all POTUS is doing is downplaying the situation and the danger coronavirus presents.

The left & media (but I repeat myself) hate @realDonaldTrump more than Coronavirus. If he personally sucked the virus out of the lungs of all 62K ppl affected & swam to bottom of ocean to spit it out, they’d complain he polluted the seas! https://t.co/gmwjEgPKqh

So far, more than 82,000 people were affected by this virus. At the moment, the virus is spreading across the globe, and it’s already present in the Middle East and Europe. It’s only a matter of time when it will start spreading in the US. Furthermore, almost 3,000 deaths have been reported across the world. At the moment, there are 60 reported cases in the United States of America.

Sting: “I Became a Dad by Accident Six Times”

Kylie Jenner and Her Niece Flew On Kobe Bryant‘s Helicopter