ECONOTIMES – 03/18/2020: When you think that things can’t get any worse during the ongoing coronavirus pandemic Donald Trump proves you wrong. It would seem that POTUS and his spiritual adviser assigned to the White House, Paula White, asked her followers for money.

Raw Story went out with this exclusive, which is quite shocking. White, who is a spiritualist by calling, was having a Facebook prayer session with her supporters. During this session, she asked of them for money. This would be shocking on any given day, but amid coronavirus pandemic, it’s hard to believe this news. The ordinary Americans are battling to survive, so you need to have the audacity to ask them for money. 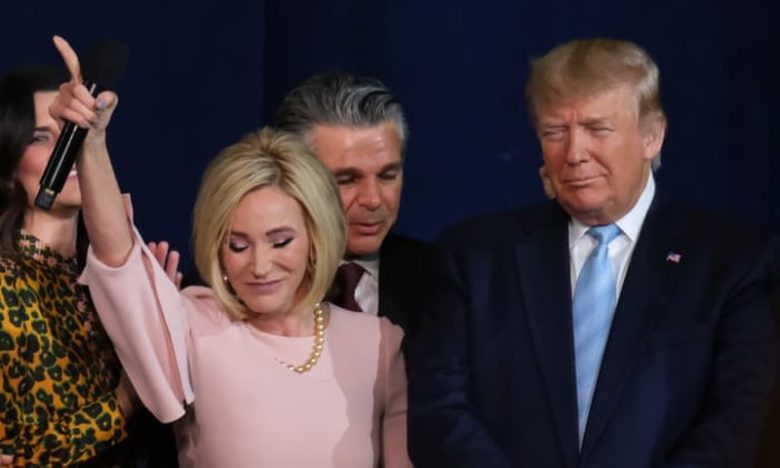 The amount she asked every follower to contribute is precisely $91. This was quite ordinary, especially to go out in public with it by using the Facebook platform.

Political Flare journalist, Jason Miciak, was left in shock: “Her “seed” has grown to an oak. She would gain a ton of credibility if she was promising to give that money away to the desperately poor, who need more than prayers to get by.”

Miciak often covers Donald Trump and his associates, and this time he was very condemning of Paula White: “Of course, as rich as she surely is, she considers herself as one who is desperately poor, who needs a lot more than prayers to get by.”

Paula White is known to claim that her churches do a lot for her supporters, but nobody seems to know what exactly. She also states that her church cooperates with hospitals and aids the sick, but without providing any substantial evidence.

This could be the main reason why Miciak is not fond of her: “Christians are not by nature awful people. Most are quite the opposite. This woman is not a Christian, she’s a charlatan. And if there was an official entity in charge of kicking out false Christians, she would have the first file.”

How to Be Always Motivated at Work?