Donald Trump Had A Serious Talk With Barron Regrading Coronavirus

ECONOTIMES – 03/18/2020: It’s not often that Donald Trump talks about his son Barron Trump. But, things change, and POTUS mentioned his son during the press conference regarding coronavirus. Barron is the least talked member of the Trump family slightly behind Tiffany Trump.

Trump finally takes the virus seriously, and it’s ready to put all of his focus on it. POTUS believes that Americans have what’s needed to exit this crisis in the coming months. The important thing that Mr. President talked about is the coronavirus vaccine, which is in the early stages of testings. 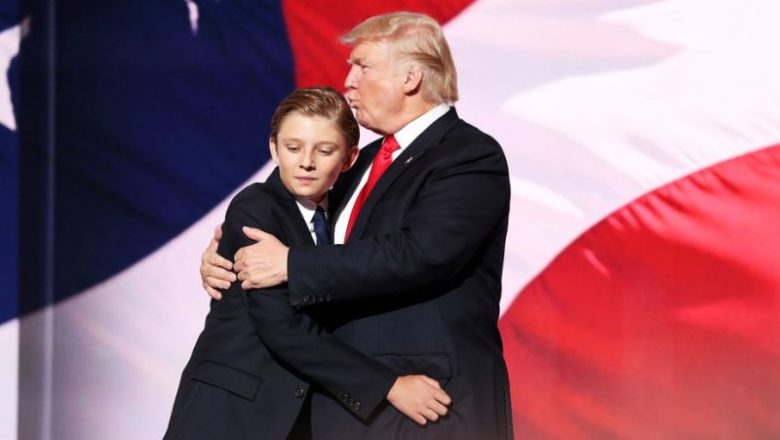 During this press conference, President Trump answered the journalist’s questions. One of them was about his son Barron Trump. Gathered reporters wanted to know if Barron is familiar with the situation the nation is going through.

Read Also: Melania Trump Lied About One Thing Regarding Her Son Barron

Donald Trump was quite honest and stated that indeed he did speak with his son, and Barron is informed that the situation is not good. This was one of the few rare moments that POTUS talked about his son. As we already said, the newsstands are filled with news about Ivanka, Don Jr, and even Eric, but Barron is only a child and is not talked about much.

In the past, President Trump even declared that there’s a chance that he won’t even be seeing his sons referring to his busy lifestyle. We were talking about the period when Barron wasn’t even born. Today, Mr. Trump is busier than he believed that he will ever be as he is the President of the United States.

Another part of the presser was also entirely about coronavirus. One reporter asked President Trump if he still believes that things are under “tremendous control,” to which POTUS responded with: “When I’m talking about control, I am saying we are doing a very good job within the confines of what we’re dealing with.”