Donald Trump’s Scary Tweets Are Here to Distract You

POLITICAL FLARE – 05/12/2020: It’s not easy being the President of the United States. This role is taking the worst out of Donald Trump. POTUS had yet another tweetstorm, putting the blame on others left and right. During the last three days, Mr. Trump tweeted more than a hundred times.

It would seem that the President is on the ropes fighting for breath. The economy on which Trump based his reelection campaign is in shambles after coronavirus pandemic took its toll. The 45th U.S. President is strong on words, but he, nor his advisers don’t have the necessary qualities to pull us out of the slumber. 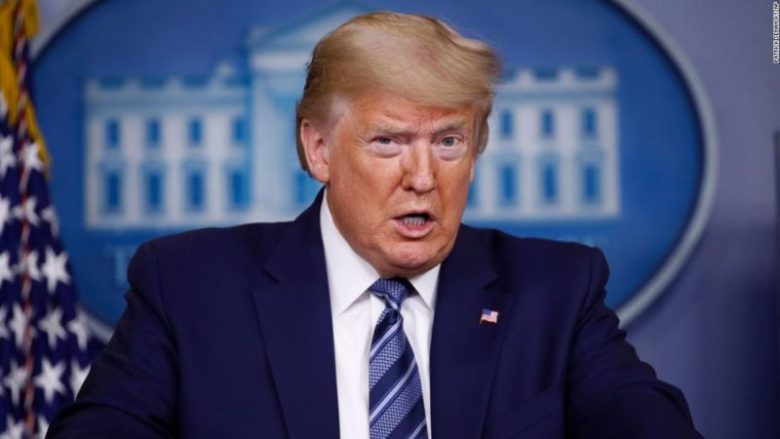 At the moment, Donald Trump is not doing what’s best for America, but only what suits him. His desire to be reelected is stronger than his desire to help U.S. citizens. A selfish approach to say at least.

His latest outburst on Twitter aims to distract his followers from a grim situation, loss of jobs, and deadly virus on trivial political nonsense. One of his political adversaries found himself mentioned a lot these days. It is Barack Obama, and Trump can’t stop mentioning him. When the senior editor of The Federalist asked why did Obama tell the FBI to hide its activities from Trump, POTUS answered on Twitter: “Because it was OBAMAGATE, and he and Sleepy Joe led the charge. The most corrupt administration in U.S. history!”

Because it was OBAMAGATE, and he and Sleepy Joe led the charge. The most corrupt administration in U.S. history! https://t.co/PTzFvvITh3

This is the distraction we are talking about. Barack Obama probably didn’t ask anything of the FBI, and even if he did, it was when he was the President, and it was his right to do so. After all, this has little to do with Barack, and more with Joe Biden. Trump wants to portray him as a corrupt politician. The goal? To be reelected. It’s the only thing that matters.

Furthermore, it will distract people from Trump’s administration, and our current President, who’s not all that great as he makes himself to be.