BBC – 01/30/2020: Not everything is going to Donald Trump’s plan. President’s grandest scheme, his Mexican immigrant wall, is collapsing all by itself. Well, not all by itself, but by the force of nature. Part of the famous fence fell after a strong wind.

On Wednesday morning, steel panels fell from the fence in the vicinity of California town called Calexico. They fell because the concrete that should support these panels wasn’t there. Steel panels on their own couldn’t resist strong winds. According to weather reports, the wind was blowing at 30mph. 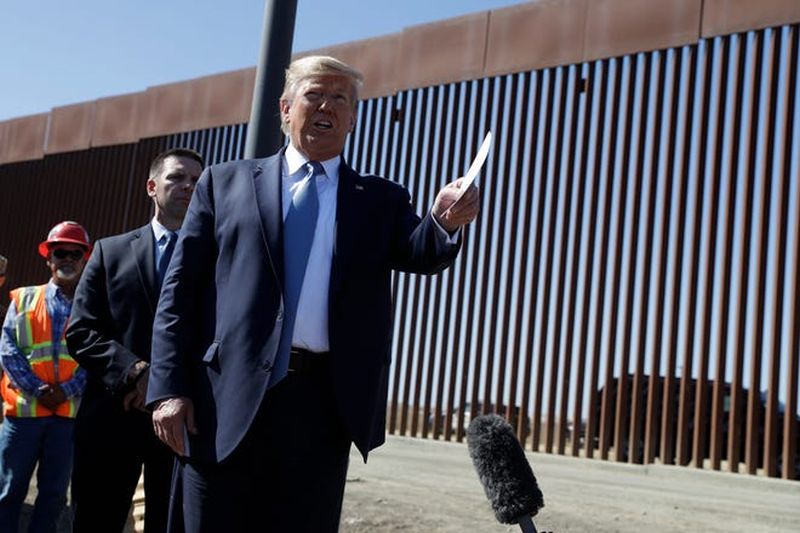 As you probably know, the fence and the wall are all part of Trump’s grand plan to keep Mexican immigrants out of the US. The US-Mexico border is 1.954 miles long, and POTUS intends to install the wall through its entire length. The wall is something Mr. Trump is very proud of, and he used his 2022 elections campaign rally in New Jersey two days ago to talk about it.

Read Also: Trump Not Holding Back: He Once Called Pope Francis ‘Disgraceful’

During his speech in New Jersey, Donald Trump stated that the work on the wall is going excellent, and that’s being built at record speed. One day after this speech, strong winds made sure that the work on the wall is halted. The wind is causing problems on both sides of the border as Mexican authorities reported that panels fell on trees in a Mexican city named Mexicali. 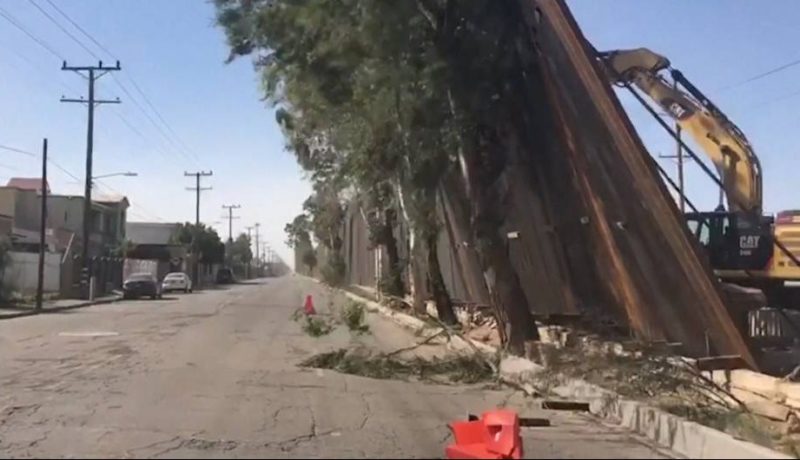 Donald Trump was in California last year to see how the wall was progressing. At that time, he praised the steel and concrete construction calling it “virtually impenetrable.” While there were no attempts to bring down the wall by Mexican immigrants, it was damaged by mother nature.

The work on the wall is still ongoing, but it is nowhere near being completed, as it progresses very slowly. The first issues were of legal nature, and now it seems they are becoming more natural.