Donald Trump With Another Bold Statement Regarding Coronavirus

ECONOTIMES – 03/25/2020: Donald Trump still believes he can outsmart the coronavirus. This is true as he made another bold statement regarding the COVID-19 pandemic.

President Trump is trying to make Americans feel better amid the coronavirus outbreak, so he speaks in a positive tone. During yesterday’s press conference, POTUS made an optimistic statement. 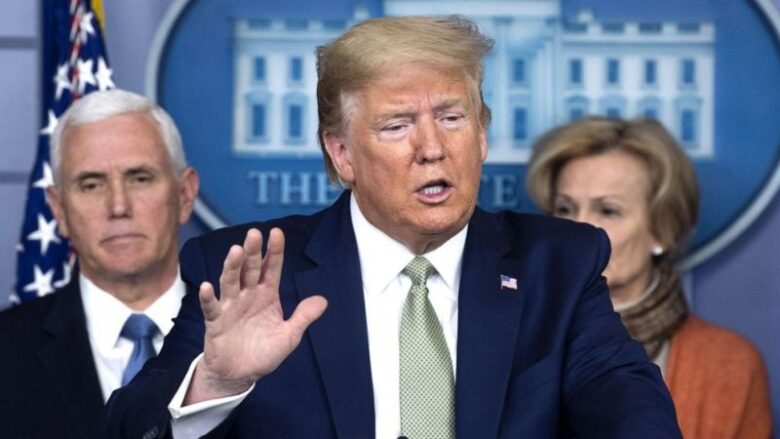 Mr. Trump stated: “I will not stop until we win. This will be a great victory. It’s going to be a victory that, in my opinion, will happen much sooner than originally expected.”

The billionaire turned President of the United States also stated that entire America is united in a joint cause. That goal is to prevent coronavirus spread even further. Furthermore, Mr. President praised members of his administration who are working directly on stopping the COVID-19 pandemic.

Talking about members of his administration, Trump said: “I have the best people in the world. Look at the approval numbers on the job we’re doing. I think we’re doing an incredible job, so I don’t want to disturb them, bother them. I don’t think I’m gonna learn much.”

Donald Trump wasn’t done praising his subordinates and himself in the process, so he added: “And you know, I guess you could say there’s probably a natural inclination not to call. Now, if I felt that if I called, I’d learn something, and that would save one life — it would save one life, OK? — I would make the call in 10 minutes, but I don’t see that happening.”

A statement like this caused a reaction on Twitter, and while some praised him, some weren’t satisfied with him at all. Twitter user @FollowerHart wrote: “Well, if you listen to him, ‘originally expected’ was like three weeks ago. Around the time, all went to [expletive].”

On the other side of the spectrum, we have comments like the one @BecksN60 wrote: “Thanks, Mr. President @realDonaldTrump, for your generosity.”

Dream Your Way Out of Lockdown at a Self-Catering Villa...

The First Supermodel Janice Dickinson Ruined Her Face With Plastic...

A-Rod Cheers as J. Lo Tries Her Luck in Baseball