Donald Trump Will Have a Special Diet While in India

EXPRESS – 02/24/2020: Donald Trump is a man that loves to enjoy his food in a particular manner. But it seems that during his visit to India he will have to be on a special diet. We all know how much POTUS loves his steak with ketchup, but this dish won’t be on the menu in India.

President Trump has a unique diet, which includes meatloaf, burgers, and steaks, all from beef. But, during his visit to India, he could be forced to miss out on quality meat. If you didn’t know Trump’s host, Prime Minister Narendra Modi is a vegetarian. As such, he plans to serve exclusively vegetarian food to Mr. President. 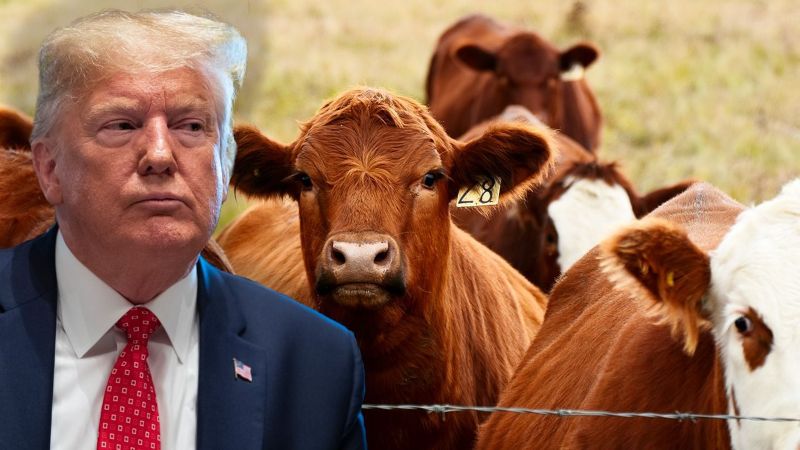 This might not go well with President Trump, but, according to those in charge of planing Trump’s meals in India vegetarian menu will be prominent during lunches and dinners. While in India, Donald Trump will have a couple of meals with Prime Minister Narendra Modi, with one of them being held at Rashtrapati Bhavan. This location is the official presidential palace situated in Delhi. Lunch, followed by a formal banquet is scheduled for Tuesday.

Another reason why Donald Trump won’t be allowed to enjoy beef is that cows are sacred animals in India. Many of the locations where Trump is going during his visit to India revere cows as sacred animals and eating their meat is a taboo. We are talking about stopovers in Gujarat state, Agra, and Delhi.

The team that follows the President on this journey will have a difficult task of keeping him well fed under these circumstances. The reason is simple. While Trump occasionally eats salads with some of his meals, he is not a huge fan of vegetables and fruits.

During previous diplomatic visits to other countries, the hosts usually tried to please Donald Trump with cosine he would prefer. But, in India, it seems this will not be the case.

Donald And Melania Trump Are Looking Royal at Taj Mahal

What Happens In Vegas, Donald Trump Will Forget It!