CNN – 06/02/2020: Donald Trump promised to return the order to the streets of American cities. He will use any means necessary, and this includes the military. This will inevitably happen if the acts of violence don’t stop. It’s hard to tell who’s instigating violence after peaceful protests in front of White House were interrupted with tear gas, flash grenades, and rubber bullets firing.

According to sources, the protesters were dispersed due to the President’s Trump needs to go to close-by church. This was not a shining moment in Trump’s presidency and US history altogether. The nation is torn up in the roots of its foundation, and POTUS is expected to find a way to reconciliation. 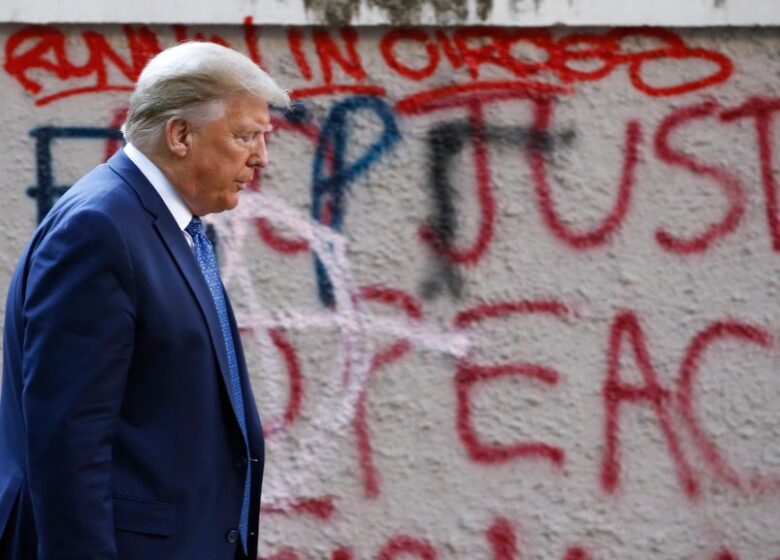 But, Donald Trump is choosing a strange way to calm down the nation. He’s on the path of more destruction calling for military action: “If a city or state refuses to take the actions necessary to defend the life and property of their residents, then I will deploy the United States military and quickly solve the problem for them.”

Trump wants everyone to follow his example, so he used Twitter to call New York City to arms: “NYC, CALL UP THE NATIONAL GUARD. The lowlifes and losers are ripping you apart. Act fast! Don’t make the same horrible and deadly mistake you made with the Nursing Homes!!!”

NYC, CALL UP THE NATIONAL GUARD. The lowlifes and losers are ripping you apart. Act fast! Don’t make the same horrible and deadly mistake you made with the Nursing Homes!!!

It would seem that Trump wants to end the protest by any means necessary, but he’s not prepared to dig in in the matter of racial injustice. It is the reason all of this started after all. POTUS either doesn’t know it, or he already forgot.