Donald Trump Stands Alone Regarding the WHO Support!

ECONOTIMES – 04/19/2020: One of the most significant decisions Donald Trump made this week was to halt the funding of the World Health Organization. Unlike Trump, no other Western leader did the same. During the G7 meeting between Trump and other world leaders, POTUS was the only one who made this decision.

During a video-conference, G7 leaders voiced their support for WHO. They also singled out the importance of international cooperation between all countries to stop the coronavirus pandemic. This decision left Donald Trump as the only representative of G7 to turn his back on the World Health Organization. 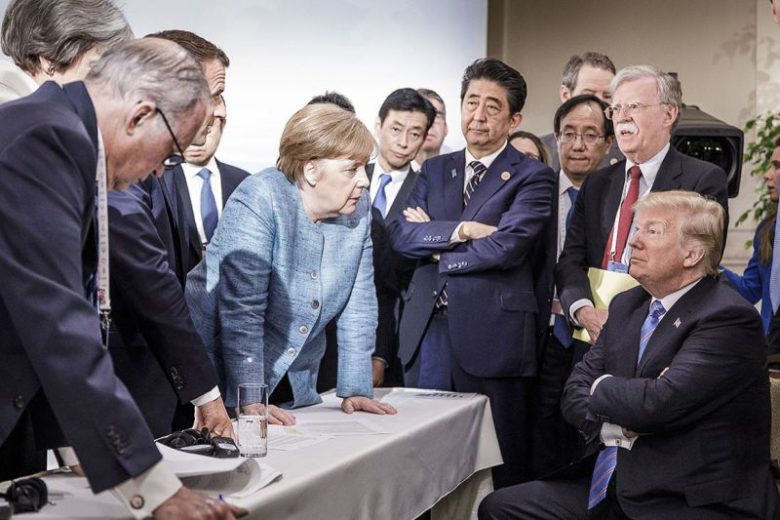 The meeting between the G7 leaders lasted for two hours. The first one to give a statement afterward was Angela Merkel. A spokesperson for German Chancellor conveyed her stance on the matter, stating that the only way to end is this pandemic is through international cooperation. She once again reiterated her support for WHO.

Canadian Prime Minster shared Angela Merkel’s opinion on the matter: “We recognize that there have been questions asked, but at the same time, it is imperative we stay coordinated as we move through this.”

According to sources close to the White House, some members of G7 shared President’s opinion on the World Health Organization and their inability to handle the crisis properly. They state that the most significant part of the meeting was dedicated to the WHO’s mismanagement of the crisis.

While Donald Trump seized to fund the World Health Organization, some donate money to them now more than ever. Microsoft founder Bill Gates donated $150 million to the WHO to help fight the coronavirus pandemic.

There aren’t many people supporting Donald Trump in this decision. One of those who gave a direct critic was Former UNAIDS head Peter Piot, who said: “Halting funding to the WHO is a dangerous, short-sighted, and politically motivated decision, with potential public consequences for all countries in the world, whether they are rich or poor.”

Joe Swash Gets a Makeover From Stacey Solomon