POLITICAL FLARE – 02/02/2020: Donald Trump loves golf. A well-known fact. But, he chose the wrong moment to remind the world about the fact. POTUS used his Twitter account to share a photo of himself playing golf.

Mr. Trump described the photo by writing: “getting a little exercise.” It would probably be normal on any given Sunday, but it was not now. The US is currently facing the breakout of coronavirus, while its President is playing golf. 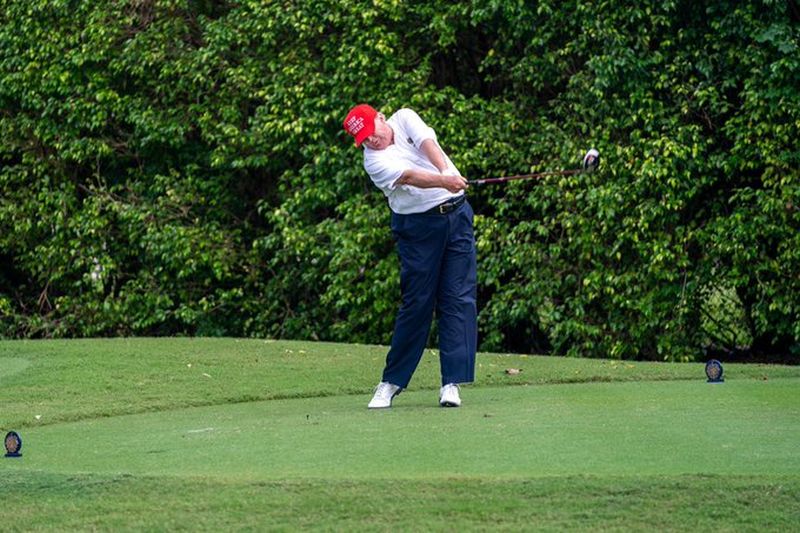 This wouldn’t make the headlines if it weren’t for Trump’s hypocrisy. In the past, the now 45th US President was very vocal when Barack Obama played golf while there was an Ebola outbreak.

At the moment, the US id dealing with coronavirus. As a matter of fact, they have declared a national public health emergency due to the outbreak of this virus. Furthermore, 195 Americans were evacuated from Wuhan, China, because of coronavirus. All of them were put in quarantine.

Getting a little exercise this morning! pic.twitter.com/fyAAcbhbgk

The US didn’t have this kind of event for 50 years. We are talking about a mandatory order that has been issued on these 195 people, who all had to be quarantined. The span of 50 years shows how rare are these situations.

Read Also: Australians Developed Coronavirus: They Made It in the Lab, and Here’s Why!

The reason for issuing this order was that there are already eight persons in the US who are diagnosed with this virus. The last person that contacted coronavirus was in Massachusetts. Among people, there is a real fear that the infection could spread rapidly throughout the entire country. This doesn’t seem to bother Trump, who found the time to practice golf.

President Obama has a major meeting on the N.Y.C. Ebola outbreak, with people flying in from all over the country, but decided to play golf!

In addition to taking this situation lightly, President is doing something he not so long ago criticized someone else for doing it. It was in 2014 when he judged Obama for golfing instead of dealing with Ebola. Fast forward to 2022, and Trump is doing precisely the same. It’s getting harder and harder for Trump to be consistent. He’s just tweeting too much to remember all the things he said.