Just as many before him, POTUS called the news of Bryant passing away as ‘terrible.’ The world fell in shock when it became public that Kobe and four others lost their lives in a tragic helicopter accident. The Los Angeles Lakers legend was on his way to attend his daughter’s training. 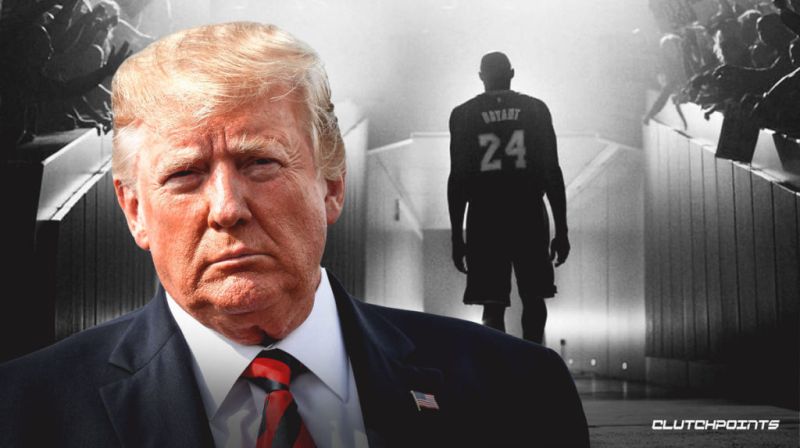 President Trump tweeted a couple of more times about Kobe Bryant, stating that the former superstar was just starting in life. Concluding that the situation is even more devastating, considering that his daughter Gianna also passed away, Trump’s family sent the warmest of condolences to the Bryant family.

The accident took place in the fields of Las Virgenes on 10:00 pm on Sunday. Five people who were on board all died. In addition to the pilot, Kobe Bryant and his daughter Gianna, there was also another parent and his child on board.

Reports are that basketball great Kobe Bryant and three others have been killed in a helicopter crash in California. That is terrible news!

Bryant will be remembered as one of the best players in the game, and the entire NBA came together to grieve for him. He remains the only player to have two numbers withdrawn by a team, with his number 24 and No 8 were put in the rafters by the Los Angeles Lakers. Dallas Mavericks also announced that a Maverick player would never again wear number 24.

In addition to his former NBA colleagues and people of sports, many media personalities, celebrities, and politicians took social networks to send their best wishes to the Bryant family and pay regards to former ace.

Kobe Bryant, despite being one of the truly great basketball players of all time, was just getting started in life. He loved his family so much, and had such strong passion for the future. The loss of his beautiful daughter, Gianna, makes this moment even more devastating….

Among them, there was also former US President Barack Obama, who stated that Bryant was not only a legend on the court but was also just starting the second part of his life. He and his wife Michelle sent their condolences to the Bryant family.

Kate Beckinsale Still Refuses to Grow Up: She’s Caught Partying With Her Daughter!