Daily Sabah – 12/26/2019: Donald Trump, US President, had another message for the regime of Bashar Assad. This time he also aimed at Russia and Iran. At the moment, Russia, Syria, and Iran are conducting military actions in Syria’s northwestern province called Idlib. President Trump urged the three countries to seize their efforts, and stop what they are doing as it’s not bringing peace to the region.

On Thursday, Mr. Trump tweeted that Russia, Syria, and Iran will kill innocent civilians in province Idlib if they already didn’t start and that this is not what they should be doing. 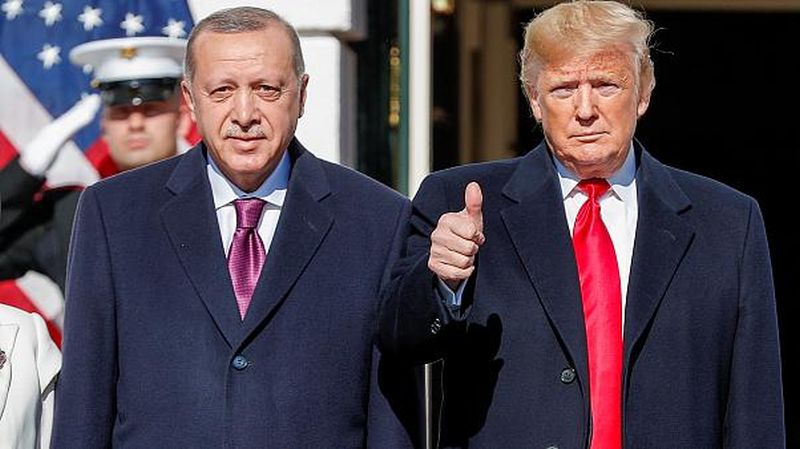 Russia, Syria, and Iran are killing, or on their way to killing, thousands of innocent civilians in Idlib Province. Don’t do it! Turkey is working hard to stop this carnage.

According to Donald Trump, Turkey is already working on stopping the carnage in Syria’s northwestern province.

Forces of Bashar Assad started their military operations in Idlib last week, using their ground forces. Before they began the ground offensive, the area was bombarded continuously in previous weeks. After the actions in Syria’s northwestern province started, more than fifty thousand people left their homes.

According to the United Nations, around 60,000 people left Idlib. They are mostly heading south. The grand migration started simultaneously with bombardments. Not all refugees are heading south, as many of them are going in the direction of Turkey. Most of them are grouping on the Turkish border. United Nations are worried that if more of them keep coming, we will have a humanitarian catastrophe. Before the bombardments started, Syria’s northwestern province Idlib was home to 3 million people.

The south part of Idlib is now under regime control as 40 villages fell under their control.

In 2018 Vladimir Putin and Recep Tayyip Erdoğan, presidents of Russia and Turkey, signed an agreement that guaranteed that there would be a continuous cease-fire in Idlib. Despite this agreement, Russia continued military actions in this region on April 26th. As the reason for new military engagement in this region, Russian authorities stated fighting terrorism.