Home Coronavirus Donald Trump States That NFL Will be Back on Time in September!
CoronavirusNews

Donald Trump States That NFL Will be Back on Time in September!

ESPN – 07/04/2020: During the weekend, President Donald Trump had a conference call conversation with multiple major league sports commissioners. After the talk was over, POTUS stated that the NFL season should start on time, like we are used in September.

President Trump also expressed a hope that fans will be allowed to stadiums and arenas before August. Now, this statement by Mr. Trump should be taken with a grain of salt. We haven’t heard similar predictions from medical experts, as the exact timeline of coronavirus pandemic is unknown. 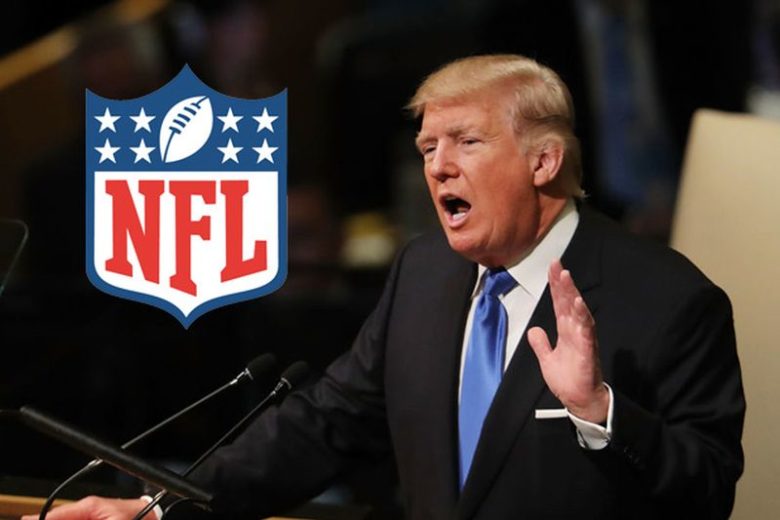 But, POTUS remains positive: “I want fans back in the arenas. I think it’s… whenever we’re ready. As soon as we can, obviously. And the fans want to be back, too. They want to see basketball and baseball and football and hockey. They want to see their sports. They want to go out onto the golf courses and breathe nice, clean, beautiful fresh air.”

Now, even someone quick on his words s Donald Trump refused to give an exact date for this to the reporters. Everyone expects this day, but Mr. Trump stated that even he does not know this: “No, I can’t tell you a date, but I think it’s going to be sooner rather than later.”

Some other figures in the world of sports aren’t as optimistic. The governor of California, Gavin Newsom, said that he does not expect to see 80,000 people at a stadium in August or September. Talking about his state, Newsom said: “I’m not anticipating that happening in this state.”

Gavin Newsom added that he spoke with many people from the NFL and MBL. This is what he said to them: “It’s interesting, I have a lot of friends that work in Major League Baseball and in the NFL, they’ve been asking me — in fact, a well-known athlete just asked me, a football player, if he expects to come back. I said, ‘I would move very cautiously in that expectation”.